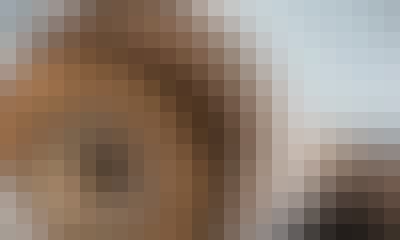 The instructors of the online course "Digitalisation in Aeronautics" present a spectrum of different aviation research and application areas, exploring the impact of digitalisation in this specific field, including the effects of digitalisation in simulating the interaction of aircraft components, in overall aircraft development and related decision-making and in the communication channels used within aircraft. A broad and varied range of applications and digital solutions are explored in detail in the individual modules of this course.

Digital Strategy of Bavaria
-Bavarian State Minister of Digital Affairs Judith Gerlach provides a brief introduction to the digital strategy of the state of Bavaria, describing the importance of digitalisation in global manufacturing and research and the aerospace industry in particular. She demonstrates compellingly how an effective strategy can be devised for staying on top of the developments in this complex field of research.

Digital Avionics Networks
-The growing complexity of avionics systems and the associated high number of point-to-point data connections have led to the introduction of digital networks in aerospace. These serve to interconnect the system components installed in aircraft/spacecraft and integrate subsystems into a higher-level system, enabling efficient on-board communication. Because of their key role such networks are subject to special requirements. In addition to bandwidth failure resilience and interference are therefore of major importance. The lecture addresses general requirements, topologies and signal transmission types and explains bus systems currently in use such as ARINC429, Mil-Std-1553 and AFDX. - Lecturer: Dr.-Ing. Peter Stütz (Universität der Bundeswehr München).

Modeling and Simulation of Aerospace Systems with Modelica
-Aircraft systems embrace a large set of physical domains. Hydraulic, pneumatic and electrical systems all act within a confined space under extreme environmental conditions. Global optimisation of an aircraft including all of its systems thus demands a harmonised modelling approach so that all systems can be simulated and evaluated on a common platform. Modelica offers an open and free standard for multi-domain modelling of physical systems. Individual components are modelled using differential-algebraic equations while large complex systems can be composed using object-oriented methods. The underlying principles of such modelling languages are explained in this lecture and how they can be applied for aircraft systems. The resulting multi-domain models afford digital representations of aircraft systems which can then be used to optimise aircraft design. Modern energy management methods can improve system performance, while model-based fault analysis methods help ensure safety and reliability. - Lecturer: Dr. Dirk Zimmer (DLR German Aerospace Center).

Digital Models and their Compression in Structure-Control Interaction Problems
-Digital models for (flexible) Aerospace system behaviour are often high-order and have to be reduced when used in combination with models from complementary disciplines or where many parametric iteration steps are required, such as for design optimisation. Typical examples are control-structure interaction problems, such as vibration attenuation of satellite solar arrays and aero-elasticity and dynamic load alleviation of aircraft. In this module methods are discussed for realising a reduced order model (ROM) from a higher order model. To avoid multiple repetitions of often-costly reduction processes in cases where model parameters are varied, e.g. for system optimization, model parameters should be set for these ROMs to yield so-called P-ROMs. The effect of varied parameters can then be covered on the level of the previously established ROM simply by updating these via the new relevant parameters. The related methods are also called ‘hard computing’ methods because of the mathematically based approach, requiring a relatively well-structured set of the initial full-order systems of equations. These methods can be applied to a multitude of aerospace problems such as vibration control for satellites in orbit and dynamic aero-elastic load alleviation for aircraft. Possibilities for reducing computational effort when using P-ROMS, such as for design optimisation tasks for space structures, are also discussed. - Lecturer: Professor Horst Baier (Technical University Munich).

Start your review of Digitalisation in Aeronautics