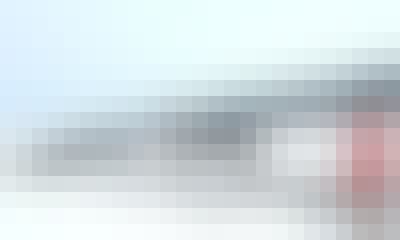 In this course, you will learn how the changing Arctic environment is tied to the growing economic and strategic importance of the North. After setting the stage through a review of the peoples of the Arctic and how they are dealing with change, Arctic governance, economies national defense, attention turns to marine use of the Arctic, oil and gas exploration, mining, fisheries and tourism. The course ends with a survey of recent Arctic events.

Learning Objectives: Articulate the drivers of the growing economic and strategic importance of the Arctic in the context of the environmental changes unfolding in the region, governance, and geopolitics. Identify the impacts of the changing Arctic, both positive and negative, on the peoples of the North.

Arctic Peoples, Governance, Economics and Geopolitics
-In this module, we'll take a closer look at the peoples of the Arctic - the Arctic as a homeland - and then turn attention to the role of the Arctic Council of the eight Arctic nations. After a foray into Arctic demographics, we'll briefly look at some of the big economic drivers in the Arctic (setting a stage for later more focused discussion in subsequent modules) and how the changing Arctic is playing into national defense.

Marine Use of the Arctic
-Here we will learn how the loss of sea ice is opening up the Arctic Ocean to increased marine use and the many issues that have arisen. To set a framework, we will first become familiar with marine use limits in the Arctic Ocean as set by the United Nations Convention Law of the Sea. Then we will explore use of the Northern Sea Route along the Russian Side of the Arctic Ocean, the Northwest Passage through the channels of the Canadian Arctic Archipelago, and the the issues that may play into how heavily these shortcuts between the Atlantic and the Pacific may be used. Finally, we will look at the International Polar Code, which sets requirements for ships operating in polar waters.

Arctic Riches: Oil and Gas
-Large areas of the Arctic are underlain by significant deposits of oil and natural gas. In this module, we will look at exploration and production activities by Russia, which are occurring all along its shelf seas and over many land areas, the United States along the North Slope of Alaska, the Beaufort and Chukchi Seas, Norway, where all production is offshore, as well as prospects for Arctic development by Canada and Norway.

Beyond Oil and Gas
-In this module, we'll first look at another big sector of the Arctic's economy - mining - using examples such as Nornickel in Russia, the Red Dog Mine and gold mining in Alaska, diamond mining in Canada, and coal mining in Svalbard. Attention then turns to commercial and sport fishing, and the growing tourist industry. Finally, we'll take a look at some recently emerging events in the Arctic.

Start your review of Arctic Change & the Nexus of Governance, Economics & Culture