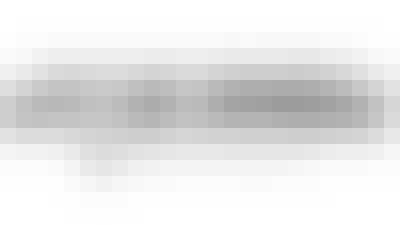 This Massive Open Online Course (MOOC) will offer the participants an introduction into the most important classical sociological readings between the 18th and 20th century. Highly influential social science scholars, such as Karl Marx, Max Weber and Emile Durkheim, will be discussed during 8 sessions. Combined with small tests, based on the video’s and recommended readings, the participants will be encouraged to dive deeply into the complex texts and get familiar with classical sociological concepts that are still very relevant today.

Session 3: Auguste Comte (1798-1857)
-This session will cover the author of the word “sociology”, August Comte. He often engaged in theorizing the social world in order to attempt to discover invariant laws. Terms like “positivism”, “the law of the three stages” and “Functionalism” are prominent topics in this session. Comte believed that positivism could both advance science (theory) and change the ways people live their lives (practice).

Session 4: Alexis de Tocqueville (1805-1859)
-Tocqueville’s works shaped 19th-century discussions of liberalism and equality, and were rediscovered in the 20th century as sociologists debated the causes and cures of tyranny and revolutions. His famous work “Democracy in America” remains widely read and even more widely quoted. This session will cover Tocqueville’s most important ideas.

Session 5: Karl Marx (1818-1883)
-The German philosopher, radical economist, and revolutionary leader Karl Marx founded modern "scientific" socialism. His basic ideas, known as Marxism, form the foundation of socialist and communist movements throughout the world. Several topics like alienation, class struggle, and capitalism will be covered in this week's session.

Session 6: Émile Durkheim (1858-1917)
-When thinking of Durkheim, one thinks of social facts. According to Durkheim these social facts are the social structures and cultural norms and values that are external to, and coercive over, individuals. Durkheim argues that two social facts, in particular, influence suicide rates: integration, and regulation. This session will cover the views of Durkheim on topics like solidarity, suicide, and religion.

Session 7: Max Weber (1864-1920)
-This week shines a light on the work of Max Weber. From social action, verstehen, and ideal types to rationalisation and his famous work on the Protestant Ethic. Weber's theory of society tried to account for the manner in which various symbolic factors take part in establishing social status, stratification and inequality. His influence still runs throughout the realms of politics, religion and economics.

Session 8: Norbert Elias (1897-1990)
-Elias is the last of the Classical Sociologists. Elias' theory focusses on long term trends, with his so called process or figurational sociology. He shows us how the civilisation proces can be explained in terms like Self-Constraint and Figurations.

Classical Sociological Theory Final Test
-This is the final test. This test contains 87 question. To pass this test you need to answer at least 57 questions correct.