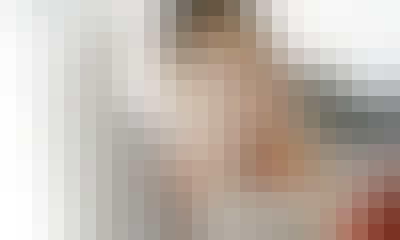 This course is designed to provide a full overview of computer networking. We’ll cover everything from the fundamentals of modern networking technologies and protocols to an overview of the cloud to practical applications and network troubleshooting.

By the end of this course, you’ll be able to:
● describe computer networks in terms of a five-layer model
● understand all of the standard protocols involved with TCP/IP communications
● grasp powerful network troubleshooting tools and techniques
● learn network services like DNS and DHCP that help make computer networks run
● understand cloud computing, everything as a service, and cloud storage

Introduction to Networking
-Welcome to the Networking course of the IT Support Professional Certificate! In the first week of this course, we will cover the basics of computer networking. We will learn about the TCP/IP and OSI networking models and how the network layers work together. We'll also cover the basics of networking devices such as cables, hubs and switches, routers, servers and clients. We'll also explore the physical layer and data link layer of our networking model in more detail. By the end of this module, you will know how all the different layers of the network model fit together to create a network.

The Network Layer
-In the second week of this course, we'll explore the network layer in more depth. We'll learn about the IP addressing scheme and how subnetting works. We'll explore how encapsulation works and how protocols such as ARP allow different layers of the network to communicate. We'll also cover the basics of routing, routing protocols, and how the Internet works. By the end of this module, you'll be able to describe the IP addressing scheme, understand how subnetting works, perform binary math to describe subnets, and understand how the Internet works.

The Transport and Application Layers
-In the third week of this course, we'll explore the transport and application layers. By the end of this module, you'll be able to describe TCP ports and sockets, identify the different components of a TCP header, show the difference between connection-oriented and connectionless protocols, and explain how TCP is used to ensure data integrity.

Networking Services
-In the fourth week of this course, we'll explore networking services. We'll learn about why we need DNS and how it works. We'll also show you why DHCP makes network administration a simpler task. By the end of this module, you'll be able to do describe how DNS and DHCP work, how NAT technologies help keep networks secure, and how VPNs and proxies help users connect and stay secured.

Troubleshooting and the Future of Networking
-Congratulations, you've made it to the final week in the course! In the last week of this course, we'll explore the future of computer networking. We'll also cover the practical aspects of troubleshooting a network using popular operating systems. By the end of this module, you'll be able to detect and fix a lot of common network connectivity problems using tools available in Microsoft Windows, MacOS, and Linux operating systems.

Start your review of The Bits and Bytes of Computer Networking