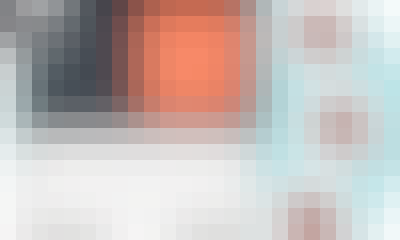 This course teaches learners (industry professionals and students) the fundamental concepts of Distributed Programming in the context of Java 8. Distributed programming enables developers to use multiple nodes in a data center to increase throughput and/or reduce latency of selected applications. By the end of this course, you will learn how to use popular distributed programming frameworks for Java programs, including Hadoop, Spark, Sockets, Remote Method Invocation (RMI), Multicast Sockets, Kafka, Message Passing Interface (MPI), as well as different approaches to combine distribution with multithreading.

Why take this course?

• All data center servers are organized as collections of distributed servers, and it is important for you to also learn how to use multiple servers for increased bandwidth and reduced latency.
• In addition to learning specific frameworks for distributed programming, this course will teach you how to integrate multicore and distributed parallelism in a unified approach.
• Each of the four modules in the course includes an assigned mini-project that will provide you with the necessary hands-on experience to use the concepts learned in the course on your own, after the course ends.
• During the course, you will have online access to the instructor and the mentors to get individualized answers to your questions posted on forums.

The desired learning outcomes of this course are as follows:

Mastery of these concepts will enable you to immediately apply them in the context of distributed Java programs, and will also provide the foundation for mastering other distributed programming frameworks that you may encounter in the future (e.g., in Scala or C++).

Welcome to the Course!
-Welcome to Distributed Programming in Java! This course is designed as a three-part series and covers a theme or body of knowledge through various video lectures, demonstrations, and coding projects.

DISTRIBUTED MAP REDUCE
-In this module, we will learn about the MapReduce paradigm, and how it can be used to write distributed programs that analyze data represented as key-value pairs. A MapReduce program is defined via user-specified map and reduce functions, and we will learn how to write such programs in the Apache Hadoop and Spark projects. TheMapReduce paradigm can be used to express a wide range of parallel algorithms. One example that we will study is computation of the TermFrequency – Inverse Document Frequency (TF-IDF) statistic used in document mining; this algorithm uses a fixed (non-iterative) number of map and reduce operations. Another MapReduce example that we will study is parallelization of the PageRank algorithm. This algorithm is an example of iterative MapReduce computations, and is also the focus of the mini-project associated with this module.

CLIENT-SERVER PROGRAMMING
-In this module, we will learn about client-server programming, and how distributed Java applications can communicate with each other using sockets. Since communication via sockets occurs at the level of bytes, we will learn how to serialize objects into bytes in the sender process and to deserialize bytes into objects in the receiver process. Sockets and serialization provide the necessary background for theFile Server mini-project associated with this module. We will also learn about Remote Method Invocation (RMI), which extends the notion of method invocation in a sequential program to a distributed programming setting. Likewise, we will learn about multicast sockets,which generalize the standard socket interface to enable a sender to send the same message to a specified set of receivers; this capability can be very useful for a number of applications, including news feeds,video conferencing, and multi-player games. Finally, we will learn about distributed publish-subscribe applications, and how they can be implemented using the Apache Kafka framework.

Talking to Two Sigma: Using it in the Field
-Join Professor Vivek Sarkar as he talks with Two Sigma Managing Director, Jim Ward, and Senior Vice President, Dr. Eric Allen at their downtown Houston, Texas office about the importance of distributed programming.

MESSAGE PASSING
-In this module, we will learn how to write distributed applications in the Single Program Multiple Data (SPMD) model, specifically by using the Message Passing Interface (MPI) library. MPI processes can send and receive messages using primitives for point-to-point communication, which are different in structure and semantics from message-passing with sockets. We will also learn about the message ordering and deadlock properties of MPI programs. Non-blocking communications are an interesting extension of point-to-point communications, since they can be used to avoid delays due to blocking and to also avoid deadlock-related errors. Finally, we will study collective communication, which can involve multiple processes in a manner that is more powerful than multicast and publish-subscribe operations. The knowledge of MPI gained in this module will be put to practice in the mini-project associated with this module on implementing a distributed matrix multiplication program in MPI.

COMBINING DISTRIBUTION AND MULTITHREADING
-In this module, we will study the roles of processes and threads as basic building blocks of parallel, concurrent, and distributed Java programs. With this background, we will then learn how to implement multithreaded servers for increased responsiveness in distributed applications written using sockets, and apply this knowledge in the mini-project on implementing a parallel file server using both multithreading and sockets. An analogous approach can also be used to combine MPI and multithreading, so as to improve the performance of distributed MPI applications. Distributed actors serve as yet another example of combining distribution and multithreading. A notable property of the actor model is that the same high-level constructs can be used to communicate among actors running in the same process and among actors in different processes; the difference between the two cases depends on the application configuration, rather the application code. Finally, we will learn about the reactive programming model,and its suitability for implementing distributed service oriented architectures using asynchronous events.

Continue Your Journey with the Specialization "Parallel, Concurrent, and Distributed Programming in Java"
-The next two videos will showcase the importance of learning about Parallel Programming and Concurrent Programming in Java. Professor Vivek Sarkar will speak with industry professionals at Two Sigma about how the topics of our other two courses are utilized in the field.

Start your review of Distributed Programming in Java