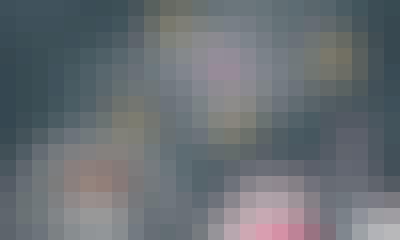 The goal of the course is to present the pressurized water reactor (VVER) technology and the modern design of the Russian Nuclear Power Plants (NPPs) – Generation III+ NPP with VVER-1200 reactor.
The course describes the features of NPPs with VVER-1200 reactor. In particular, the attention is paid to safety issues and design features. This course is intended for trainees who have already completed the basic education program.

All materials of the online course are available absolutely free of charge for everyone and include the following: video lectures, quizzes, textbooks, access to the forum to communicate with other trainees. To assess the understanding of the course materials by trainees through communication with an instructor (a fee-based service), please contact “Rusatom Service” JSC by sending a message to Info@rusatomservice.ru (please indicate “e-learning” in the e-mail subject).

Specifics of VVER Reactor facility
-The third part of the course has the following terminal training objectives: first, to explain the VVER-1200 reactor facility design, and second, to identify the features of Modern Russian designed NPP with VVER 1200 power reactor. The corresponding enabling training objectives are: to identify the principle of electricity production at a nuclear power plant with VVER-1200; to describe the primary circuit flow diagram; to list the main equipment of VVER-1200 nuclear steam supply system; to describe the natural circulation features of VVER. The following topics are covered in this part of the course: Introduction to VVER technology, its advantages and disadvantages; VVER fuel, absorbers used for VVERs, and relevant reactor physics; VVER components: steam generator, main circulation pumps, etc. their operation and main parameters of the components; Introduction to natural circulation: natural circulation in VVER, and principles of its arrangement in practice. VVER operation: operational modes and states of VVER.

Design Solutions of reactor auxiliary system and turbine part
-The terminal training objective of the fourth part of the course is to identify the technological features of auxiliary systems and the secondary circuit. The corresponding training objectives are: to describe the characteristics of the steam turbine; to discuss the main systems of the secondary circuit of Modern Russian designed NPP with VVER 1200 power reactor; to describe spent fuel handling system of Modern Russian designed NPP with VVER 1200 power reactor. The following topics will be covered in this part of the course: main systems of the primary circuit; operation of the auxiliary systems under normal operating conditions; turbine island; handling of spent nuclear fuel.