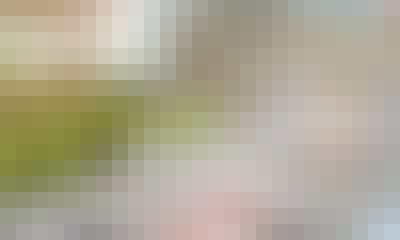 There are also a growing number of synchrotron light sources in the world. The light in these sources are created by electrons that are accelerated to almost the speed of light. This light can reveal the molecular structures of materials and also take x-ray pictures of the inner structure of objects. Synchrotron light sources are very important in life sciences, material sciences and chemistry. Another type of accelerators are used in spallation sources, like the European Spallation Source in Lund, Sweden. Here protons are accelerated to very large energies. They produce neutrons when they are smashed into a disc of tungsten. These neutrons are used for finding the inner structure of objects and atomic structures of materials. Finally there are many accelerators for basic physics, like the large hadron collider in Cern.

This course takes you on a journey through the technologies used in particle accelerators: The microwave system which produce the electromagnetic waves that accelerate particles; The magnet technology for the magnets that guide and focus the beam of particles; The monitoring systems that determine the quality of the beam of particles; Finally the vacuum systems that create ultra high vacuum so that the accelerated particles do not collide with molecules and atoms. Exciting right!

The course is graded through quizzes, one for each of the four modules. Throughout the course there are also a number of training quizzes to offer you support. The four modules in the course are: RF-systems, Magnet technology, Beam diagnostics, and Vacuum techniques. In total there are 48 lectures, where each lecture is a 2-4 minutes long video presentation. Some of the lectures are followed by short texts with complementary information and all will hopefully be an exciting collection for you to engage with.

RF-systems
-This module is an introduction to the RF systems of particle accelerators. RF stand for radio frequency and indicates that the systems deal with electromagnetic waves with frequencies that are common for radio systems. The RF system generates electromagnetic waves and guides them down to cavities. The cavities are located along the beam pipe such that the particles pass through the cavities when they travel along the accelerator. When the waves enter the cavity they create as standing wave inside the cavity. it is the electric field of this standing wave that accelerates the particles. In the module we describe the amplifier, which generates and amplifies the electromagnetic waves. We describe different types of waveguides which transport the waves from the amplifier to the cavity. We also describe the most common types of cavities. Most of the system is described without equations but in the texts following the lectures you will find some of the theory for the RF-system.

Magnet technology for accelerators
-This module is about the types of magnets that are used in particle accelerators. It introduces dipole magnets, quadrupole magnets, sextupole magnets and octupole magnets, and describe where these are needed and how they are designed. In the most common types of magnets, the magnetic field are produced by currents running in normal conducting wires. When large magnetic fields are required one use superconducting magnets and the module describe how these are designed. There are also cases when quite weakl magnetic fields are required and then one can use permanent magnets. This a green alternative since they have zero power consumption. The permanent magnets are also covered in this module.

Beam Diagnostics
-In this module we describe how we can measure and monitor various beam parameters in a particle accelerator. We introduce a few examples of common instruments for each specific parameter, starting with beam intensity and beam position, followed by transverse distribution and beam emittance. We also present ways to monitor the longitudinal and the energy distribution. The last section describe how we can determine the amount of particles that the beam loose as it travels through the accelerator.

Basics of Vacuum techniques
-This module gives an introduction to basic concepts of vacuum physics and techniques in accelerators. Vacuum regions and the behavior of residual gas in these regions are described. Important phenomena, such as velocity distribution, average collision distance and molecular formation are explained by Maxwell-Boltzmann theory. These phenomena are used to determine vacuum criteria for accelerator systems. Basic concepts of vacuum pumps will be described, and different types of vacuum equipment will be presented.

The objective is that the students would understand the behavior of residual gas in Vacuum systems. They should be able to determine Vacuum criteria for a given system. They should also be able to choose proper equipment for Vacuum generation and measurement.


You have now successfully finalized the course!