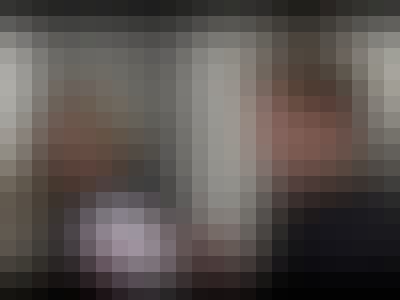 Shakespeare’s much loved play, Much Ado about Nothing, is read and studied all over the world. But it was written to be staged, and can only be fully appreciated and understood through performance.

Learn from actors, academics and an RSC director

Learning from actors, academics and the director of the RSC’s current production, the course will explore Much Ado about Nothing in performance, with a different area of focus for each of its four weeks:

- Week 1: Dr Nick Walton from the Shakespeare Birthplace Trust will discuss original performance conditions, looking at how Much Ado about Nothing was staged in Shakespeare’s time; how his role as an actor shaped his writing; and how he reflects the age in which he lived.

- Week 2: Dr Abigail Rokison from the Shakespeare Institute will look at the different ways in which the play has been interpreted for the stage throughout the 20th and 21st centuries, focussing on how the darker side of Much Ado about Nothing has been explored.

- Week 3: Christopher Luscombe, Director of the RSC’s current production of Much Ado about Nothing, will discuss his role, as he worked on the play from initial rehearsals to its culmination on the Royal Shakespeare Theatre stage.

- Week 4: Michelle Terry and Edward Bennett, who play Beatrice and Benedick in the current production, will discuss their approach as actors, and how they use the text to create performances with depth, coherence and energy.

Interpret Much Ado about Nothing (Love’s Labour’s Won)

By the end of the course, you’ll feel confident in commenting analytically on the interpretations and staging choices made in the RSC’s current production of Much Ado about Nothing. This sets the play in a new era, just after World War 1, and sees it performed as Love’s Labour’s Won - a title possibly attributed to it during Shakespeare’s lifetime.

This course is an excellent accompaniment to the production, which can be watched: on DVD from the RSC; in production at the Chichester Festival Theatre 24 September 2016 – 29 October 2016; and at the Theatre Royal Haymarket in London from 9 December 2016 – 18 March 2017.

You can find out more in Jacqui O’Hanlon’s post for the FutureLearn blog: “Much Ado about Nothing: why there’s no right or wrong way to interpret this play.”

This course is open for anyone to join, but will be ideal for 16-19 year olds in full time education - either as an introduction to Much Ado about Nothing or as a revision aid.

We advise you to prepare for the course by familiarising yourself with Much Ado about Nothing. Copies of the text are available online - either in printed form or free digitally. The RSC’s education resources can help you explore the play if you’re preparing for the course in school.

Start your review of Much Ado about Nothing: in Performance