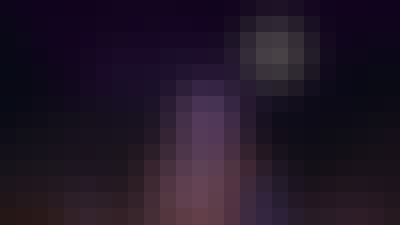 Intended for both newcomers who are curious about video games and experienced gamers who want to reflect on their passion, this course will explore what happens to stories, paintings, and films when they become the basis of massively multiplayer online games. The Lord of the Rings trilogy—the novels, films, and video game—are our central example of how “remediation” transforms familiar stories as they move across media.

The course is designed as a university-level English literature class—a multi-genre, multimedia tour of how literature, film, and games engage in the basic human activity of storytelling. Our journey will enable us to learn something about narrative theory, introduce us to some key topics in media studies and cover some of the history and theory of video games. It will also take us to some landmarks of romance literature, the neverending story that lies behind most fantasy games: J.R.R. Tolkien’s The Fellowship of the Ring, a bit of Edmund Spenser’s Faerie Queene, and poems by Keats, Tennyson, Browning, and others.

Drawing on centuries of romance narrative conventions, the twenty-first century gaming industry has become a creative and economic powerhouse. It engages the talents of some of our brightest writers, artists, composers, computer engineers, game theorists, video producers, and marketing professionals, and in 2012, it generated an estimated $64 billion in revenue. Anyone interested in today’s culture needs to be conversant with the ways this new medium is altering our understanding of stories. Join me as we set out on an intellectual adventure, the quest to discover the cultural heritage of online games.

LOTRO and Tolkien
-After an overview of storytelling modes, we turn to Tolkien and his work. We then examine the role of quests in games and literature. Finally, we introduce romance and lyric literature using Robert Browning's poem "Childe Roland to the Dark Tower Came." ***For details about this week's Readings, go to the Syllabus page in your Resources tab.

Romance and Realism
-This week we journey into the Mines of Moria, comparing a scene in Tolkien's novel, Peter Jackson's film, and "The Lord of the Rings Online." Then it's back to romance literature to delve into the intricacies of allegory, plot, theme, and character. The week closes with a look at John Keats' haunting ballad, "La Belle Dame sans Merci." ***For details about this week's Readings, go to the Syllabus page in your Resources tab.

Space and Time in Three Media
-Week 4's initial focus is our natural concepts of space and time, and how these dimensions inform the "storyworld" of a narrative. We then examine how directors, authors, and video game developers use these innate frameworks to tell stories, invoking Seymour Chapman's book "Film and Discourse: Narrative Structure in Fiction and Film." Close attention is paid to the mechanics of point of view, and how its use allows artists to connect with audiences. ***For details about this week's Readings, go to the Syllabus page in your Resources tab.

Pwning Spenser’s Faerie Queene
-Hold on tight as we plunge into a discussion of Edmund Spenser's "The Faerie Queene," one of the greatest romance poems in English. You will see for yourself how deep the vein of romance is when you read this story of knights, castles, an evil seductress, and an indomitable heroine. Then watch how a group of students remediated the same story in a video game they created: "Faerie Queene Online." ***For details about this week's Readings, go to the Syllabus page in your Resources tab.

The Holy Grail: A Good End Game
-Since Aristotle, the one constant in the study of narrative has been the analysis of beginnings, middles, and ends. As is appropriate for our last week, we spend much of our time examining how Tolkien takes leave of his readers at the end of "The Lord of the Rings" trilogy. The final stage of MMOs--when your character has maxed out and completed all the quests--has always presented challenges to game makers. Although LOTRO continues to take us on our journey toward Mordor, it cannot escape the challenge of creating end-game material for advanced players. We look at two attempts to include advanced players in the events of Western Rohan and Helm's Deep. Finally, we ponder what comes after the end, as we read Alfred, Lord Tennyson's poem, "Ulysses." ***For details about this week's Readings, go to the Syllabus page in your Resources tab.