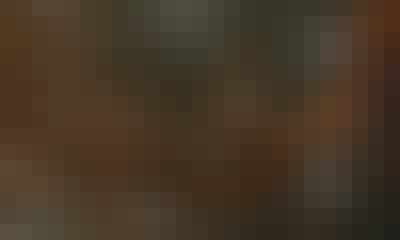 Philosophy, Science and Religion mark three of the most fundamental modes of thinking about the world and our place in it. Are these modes incompatible? Put another way: is the intellectually responsible thing to do to ‘pick sides’ and identify with one of these approaches at the exclusion of others? Or, are they complementary or mutually supportive? As is typical of questions of such magnitude, the devil is in the details. For example, it is important to work out what is really distinctive about each of these ways of inquiring about the world. In order to gain some clarity here, we’ll be investigating what some of the current leading thinkers in philosophy, science and religion are actually doing.

This course, entitled ‘Philosophy and Religion’, is the second of three related courses in our Philosophy, Science and Religion Online series, and in this course we will ask important questions about the age-old debate between science and religion, such as:

• What kind of conflicts are there between religion and science?
• Does current cognitive science of religion effectively explain away God?
• If there is a God who has made us so that we can know him, why do some people not believe?
• Is belief in science also a kind of fundamentalism?
• What makes us good at getting, giving, or sharing, knowledge? Is this different when it is religious knowledge?

Upon successful completion of all three courses, students will:

(1) Understand the main parameters at stake in the current debate between science and religion.
(2) Have some familiarity with the relevant areas of science that feature in the debate—including cosmology, evolution, and the neurosciences—and will have begun to engage with them conceptually.
(3) Have encountered key philosophical approaches to the interface between science and religion, and will have had the opportunity to engage them in practice.
(4) Have embarked constructively in cross-disciplinary conversations.
(5) Have demonstrated an openness to personal growth through a commitment to dialogue across intellectual and spiritual boundaries.

Introduction to the course
-In this module Professor Duncan Pritchard welcomes you to the course and gives you a preview of our journey together over the next six weeks.

Mind, Science, and Religion
-Dr. Sarah Lane Ritchie starts us off with a tour of the relationship between the various brain sciences and religious belief.

Science and Religion in the Public Realm
-In this series of lectures, Professor John Evans describes a sociological approach to the question of religion and science that focuses on contemporary society. Using debates about fact claims and morality of human evolution as his continuing example, and with a focus on the relationship with science that religious and other citizens have with science, he describes three types of conflict. Unlike the philosophical and theological debate that focuses upon conflict over knowledge claims about the physical world, Evans shows how the contemporary debate for citizens is more likely to be about morality.

Religious Disagreement and Friendly Theism/Atheism
-In this series of lectures Professor John Greco discusses the topic of religious disagreement. Part One considers two problems that we find in the epistemology of religion: The Problem of Evil (or Suffering) and The Problem of Divine Hiddenness. In these contexts, theists and atheists often accuse each other of irrationality. Even worse, each party of the debate explains that irrationality by positing some moral or intellectual flaw in the other. The basic idea is this: If you don’t see things the way I do, that must be due to some intellectual or moral flaw in you. Part Two introduces resources in social epistemology that help us to understand what is going on here. The main idea is that social location affects epistemic position-- that social location matters, epistemically speaking. This is a central lesson of contemporary social epistemology, and one that can be fruitfully adopted by religious epistemology as well. Part Three explores some further implications of a “social religious epistemology.” Most importantly, we see how moral and practical aspects of the social environment can have epistemic consequences.

The Hiddenness Argument and the Contribution of Philosophy
-In this series of lectures, Professor John Schellenberg introduces and explains a new argument for atheism known as the hiddenness argument. He highlights the self-imposed limitations of this way of reasoning, which is aimed at ruling out just one candidate for the status of a divine reality, the notion of a personal divine. He then clarifies the relations between this approach to the question of God's existence and other features of the contemporary landscape in philosophy and science – including the philosophical problem of evil, certain results of the cognitive science of religion, and recent moral changes suggesting cultural evolution.

Religious and Scientific Fundamentalism
-In this series of lectures Dr. Rik Peels considers religious and scientific fundamentalism. Scientism is the currently popular thesis that only natural science gives rational belief or, alternatively, that there are no principled limits to science. In this lecture, I give several examples of scientism, such as scientism about free will. After that, I present seven reasons that have been given for scientism. Subsequently, I outline three arguments against it. Finally, I explain some crucial similarities and differences between scientism on the one hand and fundamentalism on the other. I argue that, even though some varieties of scientism resemble fundamentalism, most of them are more similar to religions or worldviews.

Epistemic Virtues and Vices in Science and Religion
-In this lecture, Professor Mark Alfano discusses the role of epistemic virtues and vices in science and religion. The lecture has three main sections. First, Alfano distinguishes four types of epistemic virtues and vices. Source virtues such as honesty make someone an excellent primary source of knowledge. Receiver virtues such as intellectual humility make someone an excellent recipient of knowledge provided by sources. Conduit virtues make someone an excellent conveyor of the knowledge they receive from others to third parties; these dispositions might include a willingness to gossip carefully in order to protect others from a sexual predator, as well as the virtues that journalists try to embody. Echo virtues make someone an excellent sounding board for others. Along the way, Alfano mentions various vices that can attach to people in the role of source, receiver, conduit, and echo. In the second part of the lecture, Alfano uses the notions of source, receiver, conduit, and echo virtues to make sense of scientific collaborations and trust in science by laypeople. In section three, he shows that unless we have unreasonably high credence in very long chains of conduit virtues, we should not accept testimony in favour of miracles or divine revelation.