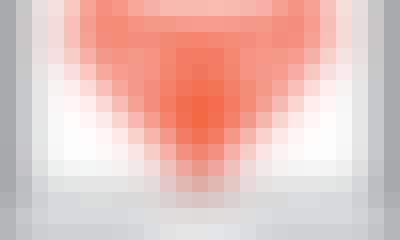 Did you ever want to build a web application? Perhaps you even started down that path in a language like Java or C#, when you realized that there was so much “climbing the mountain” that you had to do? Maybe you have heard about web services being all the rage, but thought they were too complicated to integrate into your web application. Or maybe you wondered how deploying web applications to the cloud works, but there was too much to set up just to get going.

In this course, we will explore how to build web applications with the Ruby on Rails web application framework, which is geared towards rapid prototyping. Yes, that means building quickly! At the conclusion of this course, you will be able to build a meaningful web application and deploy it to the “cloud” using a Heroku PaaS (Platform as a Service). Best of all, it will almost feel effortless… Really!

“But wait”, you will say, “there is no way that we can build a useful application if there is no database involved. You need the data for an application to be useful.” Great point! But what if… instead of getting the data from the database, we get it from the internet by tapping into one of the web services out there that readily provides data needed by our application? “Ok, but that’s probably very complicated”, you will say. Take this course and you will be pleasantly surprised at just how easy it is!

Welcome and Setting Up the Development Environment
-In this module, we will install software required to develop Ruby on Rails applications. We will also demonstrate the use of a popular Ruby on Rails editor called “Sublime Text”. We will finish the module by familiarizing ourselves with a version control system called “Git” that will be used later in the course to submit assignments, as well as to deploy Ruby on Rails applications to a PaaS (platform as a service) called “Heroku”.

Introduction to Ruby
-In this module, we will explore the different areas of the Ruby programming language.

We will start with the basics and continue with more advanced topics, such as arrays and hashes. We will also spend time exploring object oriented programming in Ruby, and finish the module by demonstrating how to perform unit testing.

Introduction to Ruby on Rails
-In this module, we will become familiar with core concepts behind Ruby on Rails, such as CoC (Convention Over Configuration) and MVC (Model-View-Controller).

We will then learn about consuming JSON API with HTTParty, a Ruby gem. We will then integrate this ability to consume JSON API to serve as the data layer for our Rails application.

Finally, to conclude this module we will deploy the application to Heroku and write a unit test that will verify the desired functionality.

Start your review of Ruby on Rails: An Introduction