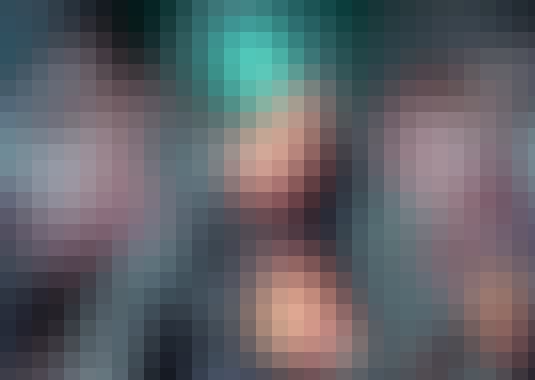 Welcome to my new course on comic book character creation!

Remember when you were a kid, and you’d sit around with your friends spit balling ideas for comic book characters just for fun? You’d come up with cool super powers and abilities, give them quirky names and pit them against each other to see who would win. Maybe you’d draw them out in your scrapbook, or role-play with your pals in the backyard.

Till this day your imagination probably hasn’t let up either. Every now and then, you’ll watch a movie on Netflix, play a video game or read a comic book that sets off that same spark of inspiration. And that character you’ve just conjured up from the depths of your imagination keeps you up for the rest of the night, as you let the stories you dream of writing for them someday play out as a mental movie.

The best ideas don’t let you sleep. They linger. And at some point you’re compelled to do something with them. For us artistic types, that means putting pencil to paper and drawing them out. That’s the best way we know to process our thoughts and ideas so that we can share them with the world.

But what if the next time you put pencil to paper you were able illustrate that character like a pro? How much would it mean to you, if you had the ability to pencil, ink and color your characters like the comic book artists you look up to and admire most?

If you knew how, maybe you could turn that idea into something real.

Wouldn’t that be cool? Of course it would! Creating our own comic book characters and illustrating them like the pros would be a dream come true.

The question is though – where do you begin? There are so many steps in the process to creating a complete comic book character that the mere thought of attempting to do it yourself is utterly overwhelming.

What if you didn’t have to tackle this alone though? If you were given a complete guide that actually showed you exactly how it was done from start to finish would you put what you learned into action?

If your answer is yes, I think you’re going to like what you’re about to read next.

Because I’m offering you that very opportunity right now with my new character creator course, where you’ll learn the entire production workflow for drafting, designing, inking and coloring a complete character concept from beginning to end.

The demonstration featured throughout these lessons gives you an inside look into the making of ‘E’ an original character I created for an apocalyptic/scifi action comic. Every aspect of her design was carefully crafted, each line intricately inked in with attention to detail, colored and rendered to present her with maximum depth and dimention.

You’re going to get to watch how it was all done through my eyes as I explain every part of the process along the way.

But before we talk about what this course has to offer you – I’d like to tell you what I can give you as a teacher. Because we all know that being a brilliant craftsman doesn’t equate to someone’s skill as a teacher. So what makes me such an exception?

Being a comic book artist isn’t my only passion. I also have a profound love for teaching.

Like drawing though, I wasn’t very good at it to begin with. I was a shy kid growing up and avoided public speaking like the plague. So when I was offered a position at the university I’d just graduated from in 2010 I was stricken with terror.

I knew however what an incredible opportunity I’d been given. I also realized the knowledge and experience I’d honed over the years didn’t have to stop with me. Now I could pass them onto others and help them avoid the pitfalls and obstacles I’d already come up against. I could become the mentor I’d wished I had for others. That made facing my fears of public speaking a worthwhile endeavour.

Over the years I’ve honed my craft as a teacher and practicing artist, walking the talk and teaching across multiple universities. Along the way I’ve helped countless students level up their skill-set both in the classroom and through my online courses.

What I’d like to do for you is shorten your learning curve, as I’ve done for so many others, by giving you a clear guide that’ll help you navigate past the mistakes I made along my own path.

Throughout the years, I’ve developed a specific workflow I follow every time to create compelling comic book characters which are captivating and memorable. I’d like to share that with you in this course so that you can use it to create your own.

In short, you’re going to get the complete process I use for producing a comic book character design, unpacking everything my drawing, inking and coloring workflow entails. Best of all its repeatable. So you’ll be able to put everything you learn throughout this course straight into action to create your own epic comic book characters.

To help you apply all the techniques and methods I’ll be sharing with you, I’ve included assignments that you’ll complete along the way so that by the end of this course, you’ll have produced a full color character design you can be proud of.

If you’re ready to take you’re comic art abilities to the next level, and commit to truly honing your skill-set –what are you waiting for?

Get started now! – We’ve got a lot of ground to cover and I can’t wait to share my character creation process along with all the techniques, methods and tactics it entails. I’ll see you in the first lesson.