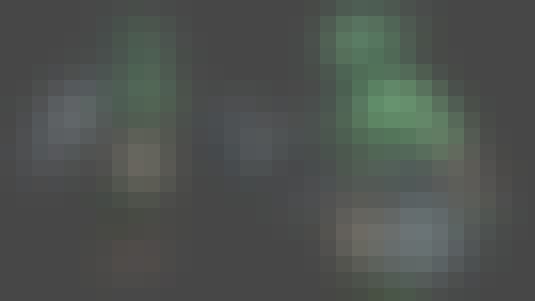 Use Blender to 3D model, texture, rig, and animate your own game character

Build your skills so that you can create your own game characters in Blender.

Create Your Own Game Characters!

Learning to create your own game charactersopens the door for you to create theincredible video games you've always dreamed of. Blender is free to download and use for any purpose and has proven itself to be a powerful tool for independent and commercial projects all over the world.

Blender provides an excellent low-cost way to learn the fundamentals of 3D modeling, texturing, and rendering. Since 1995, it has been growing in features and usage in the animation and visual effects industry.

In this Intermediate Blender course you’ll create a game character from the first polygon to the final controllable character in the Unity game engine.Throughout the course you’ll learn about the Blender modeling, texturing, rigging, and animationtools. You’ll learn the techniques and strategies needed to tackle acomplex project such as this,so you can bring your own charactersto life.

In the first sectionwe will create a character using the sculpting tools in Blender. We will modela base mesh using box modeling techniques, and then we will use the Multiresolution modifier in Blender to create high-resolution detail on the character.

We will thenuse the Blender retopology tools, theGrease Pencil and theBSurfaces tools,to create a low resolution version of our high-resolution sculpt. And we will bakeNormal and Ambient Occlusion maps in Blender, from the hi-res sculpt to the low-poly mesh. We will thenimport these texture mapsintoUnity andtest themon our character in-game.

Thenwe willusethe BlenderRigify add-on to create a basic rig for ourgame character.You’ll learn how to prep the character for rigging and generate thebase rig. We will thengenerate the control objects of the rig and go over the various controls and how they canbe used during animation. From there we willadjust the weights of the character in Blender using vertex groups, and parent the character’swar hammer and shield to the rig.

You’ll thenlearn the basics of creating animation cycles for a game character in Blender. We’ll use Blender’s Graph Editor and Dope Sheet to animate the Idle and Run animations, as well as create a Jump Pose.

Finally, we will take it all into Unity and write some code to get our character running and jumping through a test level.

"I love your tutorials! For the first time, I'm able to understand Blender! Thank you so much!" -Jade W

"Great work, Darrin. You make a great teacher as well as a fantastic 3D artist. I really appreciate your work; can't wait to see what you do next! -theLegendofSamuel

"I just wanted to say how much I appreciate these high quality tutorials you put out!!! You are truly an inspirational person. -Zach B

Start your review of Create Game Characters with Blender