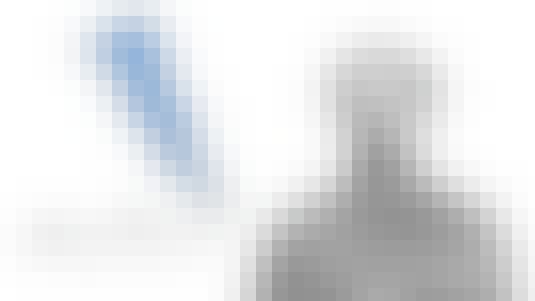 Reverse Engineering the mental frameworks that geniuses from Jobs to Da Vinci used to dominate their fields.

Why Take This Course on Creative Genius?

I know...You must be thinking.

What is so special about this course?

It's tough to evaluate any course like this because creativity is a "Meta-Skill," meaning it is enormously powerful...

but very difficult to measure and track progress.

I've spent over 5 years, hundreds of dollars and thousands of hours of my own time poring through dozens of the best books and courses out there on creativity.

And I felt the same way you probably feel afterwords...unsatisfied.

Because the products currently on the market fit into these two categories:

Sure, stories are great. And almost any creativity strategies "works" in the sense that you will get some marginal, indeterminate "bump" in your creativity. But neither of these types of books or courses give you what you really need.

A blueprint for creating the same kind of complete mental system that geniuses use to create their masterpieces.

What does that mean?

In 1956, President Eisenhower signed into law the bill that created the interstate highway system in the United States. (If you are from Europe, think of the railroad system built in the 1800s) These 6 and 8 lane highways replaced the smaller and ill-kept roads that connected the country up until that point.

The new highways increased trade massively and opened up the country to the full benefits of the industrial age.

Cultural trends started passing across the country on interstate paths like Route 66.

The interstate system also served the critical military purpose of evacuating millions of people quickly from cities in the event of an atomic bomb.

Eisenhower's vision took a vast but under-connected group of 48 states and turned it into a more unified country.

Similar effects have resulted from the expansion of the telephone and internet. Each innovation massively improved the interconnectedness, productivity and creativity of the United States.

Countries (and even continents, especially Africa) struggle economically and fail to produce creative geniuses because they lack this basic infrastructure that underpins all creative and productive efforts.

Well, it turn’s out that your brain is really just a big network of neurons connected to each other.

Each time you think a thought, the connection between the neurons your brain just fired get “myelinated.”

Geniuses have found a way to hack this natural process.

But these connections are the most important part of creativity.

And the difference between a genius brain and an average brain is how it’s wired.

A genius has built (often unintentionally) the equivalent of an “interstate highways system” between their different areas of expertise.

This system allows them to “trade” thoughts between different domains of knowledge to generate creative breakthroughs.

Remember how Steve Jobs credited his calligraphy class to his knack for intuitive design?

He couldn’t have done what he did without this sort of “creative interstate system” running 24/7 in his brain, allowing it to generate one blockbuster, industry transforming product after another.

The first half of the course will take you through building this system in your brain. The second half will show you how to maximize your use of your new “creative interstate system” once you have built it.

See you on the other side,

Description from the Back of the Box

The biggest lie about Genius is that genius is inborn. IQ is inborn. Genius is the combination of IQ and other factors. The truth is, many geniuses were only slightly above average in terms of IQ (Richard Feynman, widely regarded as the last American genius, had an IQ of only 122)… it is their thinking strategies that made them exceptional.

The other big lie about genius is that it only relates to intellectual performance. The truth is that there are 9 intelligence types, and a genius is someone who excels in any one of those areas. But because western culture values intellectual performance above all others, our collective view of genius is skewed. In fact, the root word of genius comes from Greek. Genius originally meant the potential within any person that, if cultivated, would make them exceptional in what they were born to do.

This course is only meant for people who believe the secret to talent is 80% strategy and 20% genetics, not the other way around. Ideally you have already read my book and taken some of my other courses, because I will only be covering advanced ideas in this class.

The key difference between this class and other books and courses on genius is that you will not just learn the stories of geniuses and what they did, but how to actually apply the strategies and build the frameworks in your own head so that they are useable and you actually feel and see yourself getting smarter and more creative.

The patterns of Genius we will cover:

Geniuses think in images so that they can see systems, hierarchies, and larger patterns

Geniuses master the language of metaphor, which allows them to see patterns nobody else sees

What you will learn: