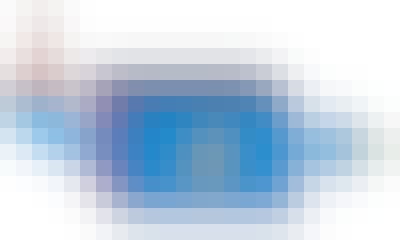 Calculus is one of the grandest achievements of human thought, explaining everything from planetary orbits to the optimal size of a city to the periodicity of a heartbeat. This brisk course covers the core ideas of single-variable Calculus with emphases on conceptual understanding and applications. The course is ideal for students beginning in the engineering, physical, and social sciences. Distinguishing features of the course include: 1) the introduction and use of Taylor series and approximations from the beginning; 2) a novel synthesis of discrete and continuous forms of Calculus; 3) an emphasis on the conceptual over the computational; and 4) a clear, dynamic, unified approach.

A New Look at Differentiation
-Think derivatives mean "slopes"? Not anymore... In this module, we will reconsider what a derivative is and means in terms of the asymptotic (or big-O) notation from the previous chapter. This will give us a new language for describing and understanding rates of change and the rules that govern them.

Putting Derivatives to Work
-Why exactly are derivatives so central to calculus? In part, it is because they are so ubiquitously useful! In this module, we will recall a few core applications of derivatives. In so doing, we'll see exactly how having an understanding of the asymptotics assists in building applications of the derivative.

Differentials and Operators
-There is much more to derivatives than simply their computation and applications. So much of how they arise is calculus is in the mysterious guise of *differentials*. These arise from implicit differentiation, which in turn reveals a deeper level of understanding of what differentiation means.