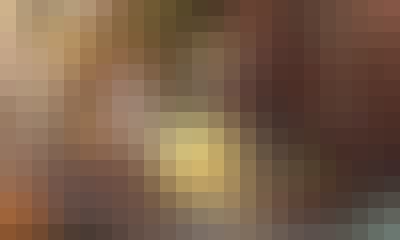 In the game design and development capstone, you will create an original game from initial concept through implementation and then launch it to the world! Along the way, you will have the opportunity to put your game ideas in front of your peers and for the best-of-the-best you will have the chance to get feedback from game industry professionals. The capstone experience gives you the opportunity to push your skills further and demonstrate your newfound skills as a game developer. The capstone also contains guest talks from game industry professionals at Riot Games, Deep Silver Volition, Iron Galaxy, Radiant Entertainment, Goodgame Studios, Stardock, GREE, Heart Shaped Games, Kongregate, and more.

What's in the Capstone?
-Welcome to the Game Design and Development Capstone. In this module we'll give you a little bit of a sense of what to expect over the coming weeks. We're going to be honest with you though, this is going to be a fair amount of work. As you have learned, making games takes time and effort. And the goal of the Capstone is to prove that you have the knowledge, skills, and attitude to make games. So, get ready to flex those game design and development muscles that you have developed across the specialization.

Milestone 1: Your Game Idea
-You're going to notice a lot of overlap in terms of the kinds of activities we're asking you to do in this capstone and the things we already asked you to do in the previous courses. This isn't because we're lazy, it is because making games is how you get better at making games. So, the first thing you need to do is come up with a new idea. The next thing you need to do is convince us that it is worth giving you our time and hopefully money to explore that idea.

Milestone 2: Early Prototype, Blueprint, and Progress Report
-Now you have to start the process of making your game a reality. No matter how you do this, either as a non-digital prototype or a digital prototype, you need to start building and testing some of your core gameplay systems and mechanics.

Milestone 3: First Playable and Fun Test (aka, playtest)
-The next step is to get something that you can start putting in front of people to begin getting feedback and working to "find the fun." Good luck.

Milestone 4: Alpha Build
-Once you've found that core game idea, the next step is to begin building enough of it that it can begin feeling like a game. Your goal at this point is to continue iterating on that core game idea and build out enough features and content that you move beyond the prototyping phase (goodbye cubes and spheres) and on to something that really starts to look and feel like your game.

It is Crunch Time!
-Now is the time to finish all the features, build all the levels, and begin polishing. You're not going to be done yet, but that's what you're working toward.

Milestone 5: Beta Build and Beta Testing
-You are in the final crunch leading up to the beta testing! Good luck and try to keep up your energy level with your project.

Milestone 6: Ship It!
-Rule #1 of GameDev: If you don't ship, it doesn't exist. In this module, it is time to say, "Enough is enough," and ship your game. We're literally asking you to create a final build of something and put it somewhere where the world can see it. That can be Kongregate, the iOS App Store, Google Play or wherever you think is most appropriate.

Start your review of Game Design and Development Capstone