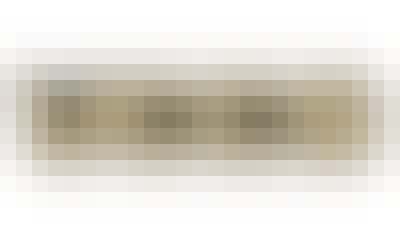 Welcome to Course 1 in CS4950, Homeland Security and Cybersecruity. In this course we examine the origins of homeland security and its connection with cybersecurity. Homeland security is about safeguarding the United States from domestic catastrophic destruction. Catastrophic destruction comes in two forms: natural and man-made. For most of history the man-made variety came in the form of warfare and required the combined resources of a nation state. All that changed March 20th, 1995. On that date, members of a quasi-religious cult in Japan attacked the Tokyo subway system using Sarin gas. It was the first deployment of a weapon of mass destruction my a non-state actor. The power of destruction once reserved to nation states was now available to small groups, even individuals. The incident was a wake up call for governments around the world. Defense establishments designed to keep rogue states in check were practically useless against non-state actors. Overnight, the number of potential enemies multiplied a hundred, maybe even a thousand-fold. In response to the Tokyo Subway Attacks, the United States took measures to protect itself from WMD attack by non-state actors. Those measures were still being enacted when the nation was attacked on 9/11. On September 11, 2001, nineteen hijackers inflicted as much damage as the Imperial Japanese Navy on December 7, 1941. The investigating 9/11 Commission noted the attacks for their "surpassing disproportion". The hijackers had achieved WMD effects without using WMD. They did this by subverting the nation's transportation infrastructure, turning passenger jets into guided missiles. Again, the security implications were profound. Non-state actors seeking to inflict domestic catastrophic destruction did not need to import, fabricate, or acquire WMD as the nation was surrounded by the means of its own destruction in the form of critical infrastructure. The vulnerability of critical infrastructure had not gone unnoticed. Again, in response to the Tokyo Subway attacks, which themselves had been an attack on Japanese infrastructure, President Clinton in 1996 commissioned a panel to investigate the threat to United States' infrastructure. The panel replied in 1997 that there was no immediate threat to US infrastructure, but they were concerned with the growing risk of cyber attack. The same cyber physical systems that fueled the explosive growth of the Internet were being incorporated into Industrial Control Systems that underpinned much of the nation's critical infrastructure. The panel noted that the knowledge and skills necessary to mount a cyber attack on the nation's infrastructure was growing. As a result of this observation, President Clinton in 1998 ordered the protection of US critical infrastructure, especially from cyber attack. Following 9/11, critical infrastructure protection and cybersecurity were designated core missions in the 2002 Homeland Security Act establishing the new Department of Homeland Security. They remain core missions to this day, but many don't see the connection. The connection is this: cybersecurity is essential to critical infrastructure protection, which is essential to homeland security, which is about safeguarding the United States from domestic catastrophic destruction. I look forward to working with you in the coming lessons. Best wishes and good luck!