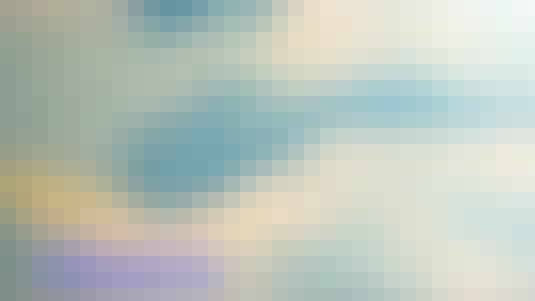 The theory developed here (that you will not find in any other course :) has much in common with (and complements) statistical mechanics and field theory courses; partition functions and transfer operators are applied to computation of observables and spectra of chaotic systems.

Nonlinear dynamics I: Geometry of chaos

The course is in part an advanced seminar in nonlinear dynamics, aimed at PhD students, postdoctoral fellows and advanced undergraduates in physics, mathematics, chemistry and engineering.

Week 1: Flows and maps
Trajectories
Read quickly all of Chapter 1 - do not worry if there are stretches that you do not understand yet. Study all of Chapter 2
Flow visualized as an iterated mapping
Discrete time dynamical systems arise naturally by recording the coordinates of the flow when a special event happens: the Poincare section method, key insight for much that is to follow.

Week 2: Linear stability
There goes the neighborhood
So far we have concentrated on description of the trajectory of a single initial point. Our next task is to define and determine the size of a neighborhood, and describe the local geometry of the neighborhood by studying the linearized flow. What matters are the expanding directions.
Cycle stability
If a flow is smooth, in a sufficiently small neighborhood it is essentially linear. Hence in this lecture, which might seem an embarrassment (what is a lecture on linear flows doing in a book on nonlinear dynamics?), offers a firm stepping stone on the way to understanding nonlinear flows. Linear charts are the key tool of differential geometry, general relativity, etc, so we are in good company.

Week 3: Linear stability
Stability exponents are invariants of dynamics
We prove that (1) Floquet multipliers are the same everywhere along a cycle, and (b) that they are invariant under any smooth coordinate transformation.
Pinball wizard
The dynamics that we have the best intuitive grasp on is the dynamics of billiards. For billiards, discrete time is altogether natural; a particle moving through a billiard suffers a sequence of instantaneous kicks, and executes simple motion in between.

Week 4: World in a mirror
Discrete symmetries of dynamics
What is a symmetry of laws of motion? The families of symmetry-related full state space cycles are replaced by fewer and often much shorter "relative" cycles, and the notion of a prime periodic orbit is replaced by the notion of a "relative" periodic orbit, the shortest segment that tiles the cycle under the action of the group. Discrete symmetries: a review of the theory of finite groups
Discrete symmetry reduction of dynamics to a fundamental domain
While everyone can visualize the fundamental domain for a 3-disk billiard, the simpler problem - symmetry reduction of 1d dynamics that is equivariant under a reflection, the most common symmetry in applications - seems to baffle everyone. So here is a step-by-step walk through to this simplest of all symmetry reductions.

Week 5: Relativity for cyclists
Continuous symmetries of dynamics
Symmetry reduction: If the symmetry is continuous, the interesting dynamics unfolds on a lower-dimensional "quotiented" system, with "ignorable" coordinates eliminated (but not forgotten). Hilbert's invariant polynomials. Cartan's moving frames.
Got a continuous symmetry? Freedom and its challenges
Whenever you have a continuous symmetry, you need to cut the orbit to pick out one representative for the whole family. For continuous spatial symmetries, this is achieved by slicing. And then there is dicing.

Week 6: Charting the state space
Slice and dice
Symmetry reduction is the identification of a unique point on a group orbit as the representative of this equivalence class. Thus, if the symmetry is continuous, the interesting dynamics unfolds on a lower-dimensional `quotiented', or `reduced' state space M/G. In the method of slices the symmetry reduction is achieved by cutting the group orbits with a set of hyperplanes, one for each continuous group parameter Moving frames give us a great deal of freedom - we discuss how to choose a frame The most natural of all moving frames: the comoving frame, the frame for space cowboys.
Qualitative dynamics, for pedestrians
Qualitative properties of a flow partition the state space in a topologically invariant way.

Week 7: Stretch, fold, prune
The spatial ordering of trajectories from the time ordered itineraries
Qualitative dynamics: (1) temporal ordering, or itinerary with which a trajectory visits state space regions and (2) the spatial ordering between trajectory points, the key to determining the admissibility of an orbit with a prescribed itinerary. Kneading theory.
Qualitative dynamics, for cyclists
Dynamical partitioning of a plane. Stable/unstable invariant manifolds, and how they partition the state space in intrinsic, topologically invariant manner. Henon map is the simplest example.

Week 8: Fixed points, and how to get them
Finding cycles
Why nobody understands anybody? The bane of night fishing - plus how to find all possible orbits by (gasp!) thinking.
Finding cycles; long cycles, continuous time cycles
Multi-shooting; d-dimensional flows; continuous-time flows.

Week 9
Chapter 17 - Walkabout: Transition graphs
Topological dynamics encoded by means of transition matrices/Markov graphs. Read all of it.
Chapter 18 - Counting
You learn here how to count distinct orbits, and in the process touch upon all the main themes of this book, going the whole distance from diagnosing chaotic dynamics to - while computing the topological entropy from transition matrices/Markov graphs - our first zeta function. The long time dynamics of a discrete-time system is described by (1) generating all orbits by action of the 1-time step transition matrix, and (2) expressing the result as a "generating function". Here we derive the trace formula, the determinant and the topological zeta function. If you do not understand how to derive these, you'll be lost for the rest of the semester, and what fun is that? Read sects. 18.1 - 18.4; 18.6 - 18.7, ChaosBook vers. approx 15.3.

Week 10
Chapter 19 - Transporting densities
A first attempt to move the whole phase space around - natural measure and fancy operators. Skip sects. 19.3 and 19.6.
Chapter 20 - Averaging
On the necessity of studying the averages of observables in chaotic dynamics. Formulas for averages are cast in a multiplicative form that motivates the introduction of evolution operators. Discrete-time and generating functions continued and compared. Infinitesimal time evolution related to the infinite time dynamics via a Laplace transform. The stage is set for the classical trace formula. Read sects. 20.1 and 20.2. Skip sect. 20.1.3 "Moments, cumulants"

Week 11
Chapter 21 - Trace formulas
If there is one idea that one should learn about chaotic dynamics, it happens in this chapter: the (global) spectrum of the evolution is dual to the (local) spectrum of periodic orbits. The duality is made precise by means of trace formulas. The course is OVER. Trace formulae are beautiful, and there is nothing more to say. Just some mopping up to do.
Chapter 22 - Spectral determinants
We derive the spectral determinants, dynamical zeta functions. While traces and determinants are formally equivalent, determinants are the tool of choice when it comes to computing spectra. Skip sects. 20.5 and 20.6.

Week 13
Chapter 24 - Deterministic diffusion
Read sect. 28.2: A class of simple 1-dimensional dynamical systems where all transport coefficients can be evaluated analytically, by hand. Diffusion is a non-monotonic function of the local expansion rate, and it is non-gaussian, with a non-vanishing kurtosis. Perhaps the most fundamental diagnostic of deterministic chaos is the non-differentiable dependence of its transport coefficients on smooth variations of system parameters.
Chapter xx - Finite groups
Self-study week part I: Finite groups. Cyclic groups of two and three elements. Symmetries of a triangle, six element group multiplication table. Matrix representations. Regular representations. This is standard material, not written up in ChaosBook, but necessary for the course. We liked Tinkham, chapter 2, or Dresselhaus chapters 1 and 2 (early version available as lecture notes).

Week 14
Chapter xx- Irreducible representations
Self-study week part II: Characters. Orthogornality relations. Character tables. If you have understood character projection operators, we are set. We liked Tinkham, chapter 3, or Dresselhaus chapters 3 and 4 (early version available as lecture notes).
Chapter 25 - Discrete symmetry factorization
Symmetries simplify and improve the cycle expansions in a rather beautiful, not entirely obvious way, by factorizing cycle expansions. Read sects. 25.1 and 25.2. For a one-d map with reflection symmetry determinants factorize into symmetric and and antisymmetric ones, and each one receives contributions from all kinds of orbits. In a not entirely obvious way. A triple home run: simpler symbolic dynamics, fewer cycles needed, much better convergence of cycle expansions. Once you master this, going back is unthinkable.

Week 15
Chapter 25 - Discrete symmetry factorization
3 disk pinball symmetries suffice to illustrate all that is needed to factorized spectral determinants for any system with a discrete symmetry: character. Discrete symmetry tiles the state space, and dynamics can be reduced to dynamics on the fundamental domain, together with a finite matrix that keeps track of the tile the full state space trajectory lands on. We need some group theory (one needs to underatand the projection to irreducible representations) and illustrate how different classes of periodic orbits contribute to different invariant subspaces for the 3-disk pinball. Read sects. 25.2 - 25.6.
Chapter 26 - Continuous symmetry factorization
Trace formulas relate short time dynamics (unstable period ic orbits) to long time invariant state space densities (natural measure). A trace formula for a partially hyperbolic (N+ 1)-dimensional compact manifold invariant under a global continuous symmetry is derived. In this extension of “periodic orbit” theory there are no or very few periodic orbits - the relative periodic orbits that the trace formula has support on are almost never eventually periodic

Week 16
Chapter 30 - “Turbulence” - a one spatial dimension warmup
Flows described by PDEs are said to be `infinite dimensional' because if one writes them down as a set of ODEs, one needs infinitely many of them to represent the dynamics of one PDE. The long-time dynamics of many such systems of physical interest is finite-dimensional. Here we cure you of the fear of infinite-dimensional flows.
Tutorial - Turbulence? A stroll through 61,506 dimensions
In the world of everyday, moderately turbulent fluids flowing across planes and down pipes, a velvet revolution is taking place. Experiments are as detailed as simulations, there is a zoo of exact numerical solutions that one dared not dream about a decade ago, and portraits of turbulent fluid's state space geometry are unexpectedly elegant. We take you on a tour of this newly breached, hitherto inaccessible territory. Mastery of fluid mechanics is no prerequisite, and perhaps a hindrance: the tutorial is aimed at anyone who had ever wondered how we know a cloud when we see one, if no cloud is ever seen twice? And how do we turn that into mathematics?

Start your review of Nonlinear Dynamics 1: Geometry of Chaos