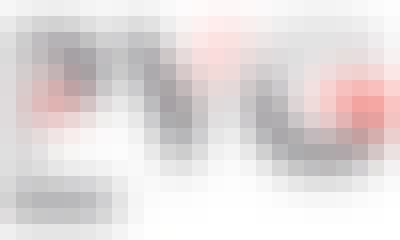 This course is an introduction to computer science and programming in Python. Upon successful completion of this course, you will be able to:

1. Take a new computational problem and develop a plan to solve it through problem understanding and decomposition.
2. Follow a design creation process that includes specifications, algorithms, and testing.
3. Code, test, and debug a program in Python, based on your design.

You do not need any previous programming, Python, or video game experience. However, some computer skills (e.g., mouse, keyboard, document editing), knowledge of algebra, attention to detail (as with many technical subjects), and a “just give it a try” spirit will be keys to your success. Despite the use of video games for all the programming examples, PVG is not about computer games. PVG will still provide valuable knowledge and skills for non-game computational problems.

The interactive learning objects (ILO) of the course provide automatic, context-specific guidance and feedback, like a virtual teaching assistant, as you develop problem descriptions, algorithms, and functional test plans. The course forums will be supported by the creators of the course, to help you succeed.

All videos, assessments, and ILOs are available free of charge. There is an optional certificate available for a fee.

Module 0: Introduction
-In Module 0, you will meet the instructional team and be introduced to the four themes of this course: computer science, problem solving, Python programming, and how to create video games.

Module 2: Program Hacking Version 1
-In Module 2, you will discover how lexics, syntax, and semantics can be used to understand and describe programming languages. You will use these concepts to understand your first Python statement (expression statement), first three Python expressions (literal, identifier, function call), and first five Python types (int, str, float, function, NoneType). You will use these Python constructs to write, test, and debug Hacking Version 1, a text-based game version. You will then reflect on your game version by using a third problem-solving technique called abstraction, including the specific technique of solution generalization, to solve similar problems.

Module 3: Hacking Version 2
-In Module 3, you will identify solution issues in your game. You will apply a second form of the abstraction problem-solving technique, called using templates, to solve a solution issue by using a graphics library. You will then use lexics, syntax, and semantics to learn two new Python statements (assignment, import), two new Python expressions (binary expression, attribute reference), and one new Python type (module). You will employ these Python constructs and a simple graphics library to write, test, and debug Hacking Version 2.

Module 7: Hacking Version 7
-In Module 7, you will not learn any new problem-solving techniques or Python language features. Instead you will exercise your problem-solving skills and practice the language constructs you already know to improve your proficiency. You will add some fun features to the Hacking game by designing, coding, testing, and debugging Hacking Version 7.