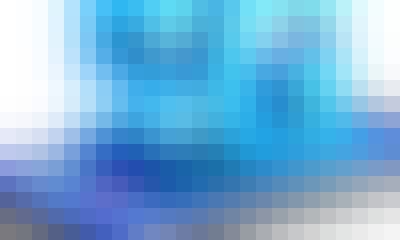 Every day you use your smartphone. Your smartphone wakes you up, it is the first thing you use in the morning, and the last thing you check (e.g., alarm setting) before you sleep. In addition, you use it all day. A typical cellphone user touches their mobile phone 2,617 times a day (Dscout report based on 2017) and people spend over 4 hours a day on their mobile phones (Hackernoon report) on average. Smartphones and smart watches are very useful and will become even more useful due to their smaller sizes, lighter weights, versatile functionalities, advanced mobile communications & wireless networking (e.g., Wi-Fi & Bluetooth) technologies. In this course, the start-of-the-art smartphone and smart watch technology and components in addition to the global market trends and future forecasts are introduced. Since everybody uses smartphones and smart watches, knowing the details about the most globally used electronic device will definitely help you in all aspects of new product and app design & development, as well as business planning. In addition, the core technology and components of the world’s most popular smartphones (i.e., the Samsung Galaxy Note8 and Apple iPhone X) and smart watches (i.e., Samsung Gear S3 and the Apple Watch Series 3) are introduced along with details of the iOS and Android smartphone OSs (Operating Systems) and mobile communications 1G to 5G (for details on Wi-Fi and Bluetooth, please take my course “IoT Wireless & Cloud Emerging Technology”). This course ends with projects that teach how to analyze the components of smartphones and check the mobile network. Consequently, this course will prepare you to be more successful in businesses strategic planning in the upcoming smart device era. I cordially welcome you in to the amazing internal dynamics of the smart device world!

Mobile Business Rankings & Analysis
-The first module “Smart Device & Mobile Services Rankings & Products” focuses on the future trend of smart devices and mobile services based on rankings and products, which is followed by three important forecasts. First, a forecast of the global telecom terminal market (based on mobile devices, base stations, and telecom services are provided) is provided. Second, a forecast of the global wearable device market (based on smart watches, smart glasses, fitness bands and other wearable devices) is provided. Third, a forecast of the global mobile network equipment market (based on base-stations, small cells, core network, and the combined total value) is provided. In order to explain the forecast evaluation scale, the definition of CAGR (Compound Annual Growth Rate) is introduced in the market analysis. Next, a market analysis of the global market share based on market share by country (e.g., USA, China, India, UK, and Brazil), smartphone venders (e.g., Samsung, Apple, Huawei, and OPPO), and global mobile subscription technology (e.g., LTE, GSM, HSPA, CDMA, and TD-SCMA) are explained. This is followed by a forecast of the global mobile application market based on APP (Application) download, in-APP payment, and in-APP advertisements. Through the lectures of this module, the current status and future trends of the mobile smart device world are fully revealed.

Smartphone OSs
-The fifth module “Smartphone OSs” focuses on the characteristics and operations of the iOS and Android smartphone OSs (Operating Systems). First, the characteristics of the iOS evolution and features of the iOS 1, 1.1, 1.1.3, 2, 2.1, 2.2, 3, 3.2, 4, 4.2.5, 4.3, 5, 6, 7, 8, 9, 10, and 11 operating systems are introduced. Then the characteristics of the iOS and SDK (Software Development Kit) architecture, which consists of the Cocoa touch layer, Media services layer, Core services layer, Core OS layer, and the Kernel and Device Drivers are described. Secondly, the Android evolution versions with API (Application Programming Interface) levels are introduced, which include the Android 1.0 Alpha (API level 1), 1.1 Beta (API level 2), 1.5 Cupcake (API level 3), 1.6 Donut (API level 4) , 2.0 Eclair (API level 5), 2.2~2.2.3 Froyo (API level 8), 2.3~2.3.2 Gingerbread (API level 9), 3.0 Honeycomb (API level 11), 4.0~4.0.2 Ice Cream Sandwich, 4.1 Jelly Bean (API level 16), 4.4 KitKat (API level 19), 5.0~5.0.2 Lollipop (API level 21), 5.1 Lollipop (API level 22), 6.0 Marshmallow (API level 23), 7.0~7.1 Nougat (API level 24 / 25), and 8.0 Oreo (API level 26). Then the characteristics of the Android OS, middleware, and key applications are introduced. The description on the Android architecture covers all parts, which include the application, JAVA API framework, native C/C++ libraries, Android runtime, HAL (Hardware Abstraction Layer), and the Linux kernel. Among the Android sublayers, the features of the HAL is further described, which includes details on the standard interfaces for the higher-level Java API, framework to use the device’s hardware & processors, multiple library modules, and the customized support for hardware components along with the Bluetooth and camera module. In addition, the features of the Android’s Linux kernel that include the Linux kernel drivers, Android shared memory, power management, Wi-Fi, Bluetooth, and mobile communications components are introduced.

Smartphone & Mobile Network Project
-The sixth and last module “Smartphone & Mobile Network Project” focuses on methods and apps to analyze the components of smartphones and check the mobile network. In project 1, the Smartphone project, the status and components of both Android and iPhone smartphones are tested. Because the projects require for both Android and iPhone smartphones to be tested, the learner may need to borrow a smartphone (the type which you do not have) for a while to do the experiments, and after the project is done, erase the installed app(s) (and maybe recharge it) before returning the borrowed smartphone. In the Smartphone project, the smartphone types and the specs of the CPU, SoC, number of cores, memory types & sizes of each smartphone need to be reported and will be Peer Review evaluated. In project 2, the Mobile Network project, the details of the connected mobile network are to be observed. During the Mobile Network project, the learner will measure the PCI, RSSI, RSRP, RSRQ, RSSNR, ASU, and CQI values, and also find a location of where the largest number of Neighbor Base Stations, and how many were there, and report all details for Peer Review evaluation.