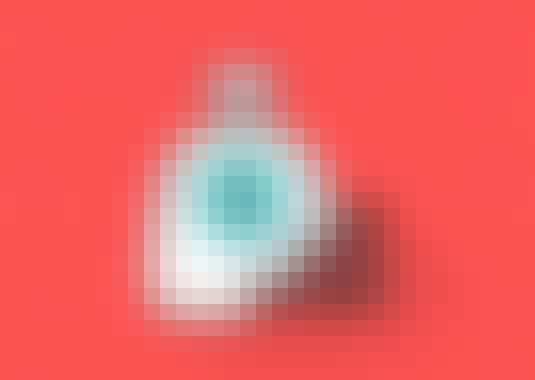 Master the wealth mindset from Wattles' 1910 classic, using the 13x4. Learn how to become rich through giving value.

'I cannot recommend this course any more highly. I have found few things that are life changing, but this is one of those courses. Thanks so much for putting the information, summaries, teachings, and homework together! It is just plain awesome! ' - Rick.

'The use of the chalkboard lectures and just having Angela and Tom talk about the ideas and their applications is priceless. Plus, as a bonus, they utilize the 13x4 methodology to applying the book to your life. All in all, a mind-blowing experience. Good job! ' - Laura.

'This course will shake up and challenge your existing notions of how the world ‘is’ and reveal a wonderful perspective that will have an immediate impact on your life from day one. If you are even a little curious about the Science behind creating wealth (or anything for that matter) you will love this course.' - Sam.

This book should really have been called 'The Science of Giving Value'. But then it's not up to me, I didn't write the book. Wallace Wattles wrote it in 1910 and called it 'The Science of Getting Rich'. Possibly when 'Rich' wasn't such a dirty word.

Indeed you can paraphrase the whole perspective like this:

If you're not currently as wealthy as you'd like, you just haven't worked out a way to give enough value to enough people.

So, where did the Science of Getting Rich come from? Wallace D Wattles published the book in 1910 as a culmination of all his studies and experiments in the science-based, monistic approach to life, the universe and everything.

It's certainly an unusual book. It is not widely known, yet it has more wisdom and practical advice in its 16 short chapters than everything else I have ever read, combined.

I have read (or listened to) this book over 1000 times and I keep getting more out of it, every time I read it, I get something new. The gift that keeps on giving.

It advocates an approach that is so different from everything else I've ever read.

It's based on Science.

OK, so if it's so good, why hasn't anyone heard of it?

Well, it could be something to do with the writing style being pretty dense and unappealing, which is one of the reasons we've turned it into a course.

The other reasons we created this programme:

We wanted to show how the science behind the book was a century ahead of its time.

We wanted to give you stories that support how well it works for everyone we've used it with.

We wanted to give you the TOOLS to make it easier to take action on the principles.

We wanted to apply our 13x4 system for Advanced Mind Mastery to the Science of Getting Rich, in the hope that everyone around the world will get truly wealthy, rather than this be just 'a book they read once and thought was quite good.'

(Read the book and see why we're not just completely out of our minds!!! )

That old 'One Thing at a Time' idea again!

Anyway, have a look here at the preface to the Science of Getting Rich and see if you can get why we needed to modernise it a bit!

'This book is pragmatical, not philosophical; a practical manual, not a treatise upon theories. It is intended for the men and women whose most pressing need is for money; who wish to get rich first, and philosophize afterward. It is for those who have, so far, found neither the time, the means, nor the opportunity to go deeply into the study of metaphysics, but who want results and who are willing to take the conclusions of science as a basis for action, without going into all the processes by which those conclusions were reached.

It is expected that the reader will take the fundamental statements upon faith, just as he would take statements concerning a law of electrical action if they were promulgated by a Marconi or an Edison; and, taking the statements upon faith, that he will prove their truth by acting upon them without fear or hesitation. Every man or woman who does this will certainly get rich; for the science herein applied is an exact science, and failure is impossible. For the benefit, however, of those who wish to investigate philosophical theories and so secure a logical basis for faith, I will here cite certain authorities.

The monistic theory of the universe the theory that One is All, and that All is One; That one Substance manifest itself as the seeming many elements of the material world -is of Hindu origin, and has been gradually winning its way into the thought of the western world for two hundred years. It is the foundation of all the Oriental philosophies, and of those of Descartes, Spinoza, Leibnitz, Schopenhauer, Hegel, and Emerson.

The reader who would dig to the philosophical foundations of this is advised to read Hegel and Emerson for himself.

In writing this book I have sacrificed all other considerations to plainness and simplicity of style, so that all might understand. The plan of action laid down herein was deduced from the conclusions of philosophy; it has been thoroughly tested, and bears the supreme test of practical experiment; it works. If you wish to know how the conclusions were arrived at, read the writings of the authors mentioned above; and if you wish to reap the fruits of their philosophies in actual practice, read this book and do exactly as it tells you to do.'

Wallace D Wattles, Author of 'The Science of Getting Rich'

Take this Science of Getting Rich course now and learn how to become rich.

Start your review of The Science of Getting Rich: Give Value. Have Fun. Be Nice.