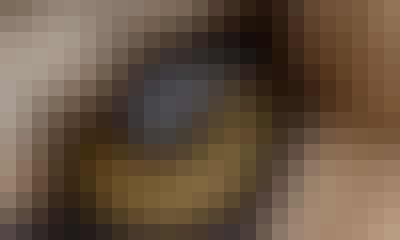 In this MOOC, we learn RBAC and ABAC access control to facilitate the specification and management of access policies. We learn examples of how RBAC is supported by modern systems such as Docker and AWS IAM. We learn XACML 3.0 and an ABAC implementation for controling secure access to web documents and network resources with attribute certificates, and XACML architecture components. We show how to exhance the data security with GeoEncryption, Secure Enhanced Geolocking, and R2D2 concepts which deliver data to right places via right path. We show how Google Map and Web Crytpo
API can be integrated for encrypted document on web browser without download apps and associate them with geolocking area to restrict unauthorize and improper accesses.

Enhance Security with Geolocation
-In this module, we discuss the geoencryption techniques, the issues in the design and analysis of a Secure Enhanced Geolocking system for protected encrypted info with geolocking. We learn the web based implementation of an Secure Enhancing Geolocking system using Javascript with Google Map API and CryptoJS API.

Enhance Security with Network and Context Information
-In this module, we learn the techniques for using WiFi or BLE signals to estimate the geolocation of a user. We also show the technique where the value added Software Defined Network services can be used to ensure the data are delivered through a designated path to the right location.

Authentication and Role Based Access Control
-In this module, we discuss the definition of the authentication, the types of authentication credentials, and the authentication process and related requirements. we learn the Role Based Access Control, short for RBAC, which is an security approach to restricting system access to authorized users and to help specify organization's security policies reflecting its organizational structure. We use Docker Universal Control Plan and AWS IAM access control as examples for illustrating how RBAC simplifies the access control specification and management.

Authorization and Attribute Based Access Control
-In this module, we discuss PMI Privilege Management Infrastructure for managing the authorization of privileges within a system. We use attribute certificates as an instrument to associate access rights of the resources/services in the system to the identities or roles of the intended users of the system. We compare the differences between the PKI, the public key infrastructure which is focused on identity management, with the PMI which is focused on the management of the privileges authorized for users. We discuss their difference usages for the access control of the system. We then present the XACML, which is an eXtensible Access Control Markup Language (XACML) for specifying policies. It is an attribute-based access control system (ABAC), where attributes associated with a user or action or resource are inputs into the decision of whether a given user may access a given resource in a particular way. An implementation of ABAC system using Sun’s XACML 2.0 Java reference implementation called ENFORCE is then presented as an example.