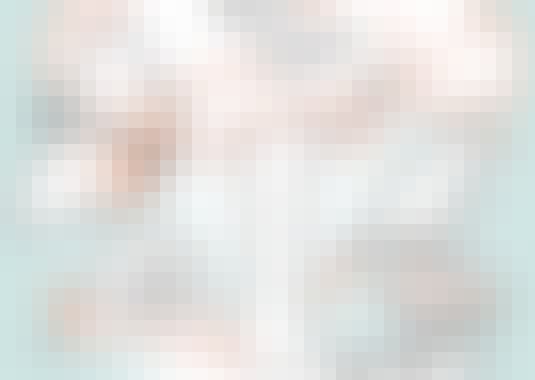 In this course, featuring many researchers at the University of Zurich, you will learn about the amazing diversity of biological organisms in the world around us. You will discover the field of "biodiversity science", experience the countless forms that biodiversity takes, look at the values and importance of this diversity, understand the processes that create and maintain diversity, and hear about how biodiversity is distributed across the Earth. You will also experience how biodiversity is threatened, and what conservation, management, and individual actions can do for its protection. Having been equipped with such knowledge through the course, we encourage you to take action, however small, to positively influence the future of biodiversity, and thereby become a Biodiversity Ambassador.

This course is unique in several respects:
- The video lectures are presented by many of the biodiversity scientists at the University of Zurich, with each of them speaking about their own area of expertise, and the general area in which this resides.
- It covers topics ranging from quite conceptual to very applied, and from natural to social sciences.
- Video lectures vary in their depth and technical content, so there is something to challenge even more advanced learners.
- Assessments are designed to test core knowledge.
- There are two novel peer assignments, in which you will get feedback from peers about your submission. This will create for you a more interactive experience than otherwise.
- The final course module and its peer assignment encourages you to become a "Biodiversity Ambassador" -- someone who speaks out on behalf of biodiversity.
- We encourage and facilitate building of a community and to pair up with other participants to become active Biodiversity Ambassadors together.

Please like our Facebook page to help us build a community of like-minded people from around the world:
https://www.facebook.com/BiodiversityandGlobalChangeMOOC

TOPICS OF THE 8 MODULES OF THIS MOOC
Module 1: What is biodiversity? What facets of diversity can we observe?
Module 2: How does evolution work? How do you interpret evolutionary trees? How are species described and classified? Why are there sometimes different classifications for a group of organisms?
Module 3: Biodiversity in our diets. This includes an exercise in which you will look at the diversity in your diet and classify it.
Module 4: Ecological patterns and processes: how do you find out which species are where, what spatial patterns can be observed, remote sensing of functional diversity.
Module 5: Why is biodiversity important? Values of biodiversity. Description of the Ecosystem services framework.
Module 6: History of life on Earth. The current climate change ("global warming"). What is the "Great Acceleration"? Global change in general and how it affects amphibians and the Arctic. How do scientists make predictions about the future of species?
Module 7: Some ways in which humans are helping biodiversity: Conservation of nature in protected areas, politics, sustainable (green) business, conservation actions to save species and restore habitats, and researching biodiversity with the help of natural history collections and citizen science.
Module 8: What can you do to help biodiversity and mitigate climate change? How can you be a Biodiversity Ambassador?

What is Biodiversity?
This first module of the course focuses on the foundations of biodiversity and the science surrounding it. The first two video lectures cover what we mean by the term "biodiversity", overview the vast diversity of organisms that inhabit the Earth, and put this diversity into the context of the "tree of life", thereby recognising the evolutionary relationships among organisms as a fundamental component of biodiversity. The next video lecture outlines what is the relatively new field "Biodiversity Science", and suggests thinking of biodiversity science in terms of questions about patterns, processes, and consequences, and relationships among these. The final four video lectures, each presented by a different expert working at the University of Zurich, survey some of the key facets of biodiversity: taxonomic, genetic, functional, metabolic, behavioural, and interactions. Assignments for this module include the End-of-Module-Assessment.

Evolution and Classification of Biodiversity
Evolution is the process by which all the amazing biodiversity on Earth arose from a single species. This module will give you an overview of what is evolution, how it works, and the importance of sex (a key contributor to diversification via evolution). You will learn how to read evolutionary trees (phylogenies) and about one of the most fundamental aspects of biodiversity science: naming and classifying organisms (naming conventions, classification systems, and their relationship with evolution).

Biodiversity in Space and Time
Biodiversity varies greatly through space and time, and information about this variation is one of the most important ingredients of biodiversity science. The first part of the module concerns how we can discover where species are located, and hence create knowledge about the spatial and temporal distribution of biodiversity. You then learn about some of the fascinating and often puzzling ways in which biodiversity is distributed across the Earth.

Threats to Biodiversity
The history of biodiversity on Earth is full of extinctions of species, and indeed at least five mass extinctions. And yet there is great concern, based on considerable evidence, that effects of humans on the Earth, from small to global scales, is threatening biodiversity. You will learn about the historical context in which contemporary changes in biodiversity and global environments need to be considered. You will hear about some of the current threats being studied by researchers at the University of Zurich. In the final of the three parts of this module, you will learn about what the future may hold in store for biodiversity, and why predicting this future is so fascinating, so difficult, and so important.

Helping Biodiversity
Given the importance of biodiversity, and the threats it currently faces, there is considerable ongoing effort to help biodiversity. You will learn about conservation ethics, organisations, and treaties, and about the relationships between business and conservation of biodiversity. The second section of the module concerns conservation in action, covering single species and ecosystem conservation, and including the critical role of natural historians and museum collections of organisms for conservation biology, and more broadly for biodiversity science.

Start your review of Biodiversity and Global Change: Science & Action