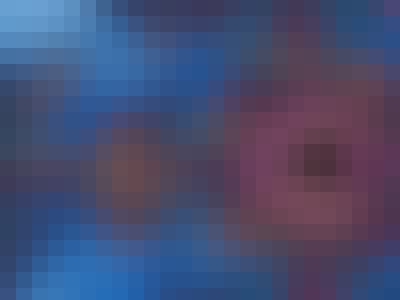 This course provides an introduction to complex analysis which is the theory of complex functions of a complex variable. We will start by introducing the complex plane, along with the algebra and geometry of complex numbers, and then we will make our way via differentiation, integration, complex dynamics, power series representation and Laurent series into territories at the edge of what is known today. Each module consists of five video lectures with embedded quizzes, followed by an electronically graded homework assignment. Additionally, modules 1, 3, and 5 also contain a peer assessment.

The homework assignments will require time to think through and practice the concepts discussed in the lectures. In fact, a significant amount of your learning will happen while completing the homework assignments. These assignments are not meant to be completed quickly; rather you'll need paper and pen with you to work through the questions. In total, we expect that the course will take 6-12 hours of work per module, depending on your background.

Complex Functions and Iteration
-Complex analysis is the study of functions that live in the complex plane, that is, functions that have complex arguments and complex outputs. The main goal of this module is to familiarize ourselves with such functions. Ultimately we’ll want to study their smoothness properties (that is, we’ll want to differentiate complex functions of complex variables), and we therefore need to understand sequences of complex numbers as well as limits in the complex plane. We’ll use quadratic polynomials as an example in the study of complex functions and take an excursion into the beautiful field of complex dynamics by looking at the iterates of certain quadratic polynomials. This allows us to learn about the basics of the construction of Julia sets of quadratic polynomials. You'll learn everything you need to know to create your own beautiful fractal images, if you so desire. We’ll finish this module by defining and looking at the Mandelbrot set and one of the biggest outstanding conjectures in the field of complex dynamics.

Analytic Functions
-When studying functions we are often interested in their local behavior, more specifically, in how functions change as their argument changes. This leads us to studying complex differentiation – a more powerful concept than that which we learned in calculus. We’ll begin this module by reviewing some facts from calculus and then learn about complex differentiation and the Cauchy-Riemann equations in order to meet the main players: analytic functions. These are functions that possess complex derivatives in lots of places; a fact, which endows them with some of the most beautiful properties mathematics has to offer. We’ll finish this module with the study of some functions that are complex differentiable, such as the complex exponential function and complex trigonometric functions. These functions agree with their well-known real-valued counterparts on the real axis!

Conformal Mappings
-We’ll begin this module by studying inverse functions of analytic functions such as the complex logarithm (inverse of the exponential) and complex roots (inverses of power) functions. In order to possess a (local) inverse, an analytic function needs to have a non-zero derivative, and we’ll discover the powerful fact that at any such place an analytic function preserves angles between curves and is therefore a conformal mapping! We'll spend two lectures talking about very special conformal mappings, namely Möbius transformations; these are some of the most fundamental mappings in geometric analysis. We'll finish this module with the famous and stunning Riemann mapping theorem. This theorem allows us to study arbitrary simply connected sub-regions of the complex plane by transporting geometry and complex analysis from the unit disk to those domains via conformal mappings, the existence of which is guaranteed via the Riemann Mapping Theorem.

Complex Integration
-Now that we are familiar with complex differentiation and analytic functions we are ready to tackle integration. But we are in the complex plane, so what are the objects we’ll integrate over? Curves! We’ll begin this module by studying curves (“paths”) and next get acquainted with the complex path integral. Then we’ll learn about Cauchy’s beautiful and all encompassing integral theorem and formula. Next we’ll study some of the powerful consequences of these theorems, such as Liouville’s Theorem, the Maximum Principle and, believe it or not, we’ll be able to prove the Fundamental Theorem of Algebra using Complex Analysis. It's going to be a week filled with many amazing results!

Power Series
-In this module we’ll learn about power series representations of analytic functions. We’ll begin by studying infinite series of complex numbers and complex functions as well as their convergence properties. Power series are especially easy to understand, well behaved and easy to work with. We’ll learn that every analytic function can be locally represented as a power series, which makes it possible to approximate analytic functions locally via polynomials. As a special treat, we'll explore the Riemann zeta function, and we’ll make our way into territories at the edge of what is known today such as the Riemann hypothesis and its relation to prime numbers.

Laurent Series and the Residue Theorem
-Laurent series are a powerful tool to understand analytic functions near their singularities. Whereas power series with non-negative exponents can be used to represent analytic functions in disks, Laurent series (which can have negative exponents) serve a similar purpose in annuli. We’ll begin this module by introducing Laurent series and their relation to analytic functions and then continue on to the study and classification of isolated singularities of analytic functions. We’ll encounter some powerful and famous theorems such as the Theorem of Casorati-Weierstraß and Picard’s Theorem, both of which serve to better understand the behavior of an analytic function near an essential singularity. Finally we’ll be ready to tackle the Residue Theorem, which has many important applications. We’ll learn how to find residues and evaluate some integrals (even some real integrals on the real line!) via this important theorem.

Final Exam
-Congratulations for having completed the seven weeks of this course! This module contains the final exam for the course. The exam is cumulative and covers the topics discussed in Weeks 1-7. The exam has 20 questions and is designed to be a two-hour exam. You have one attempt only, but you do not have to complete the exam within two hours. The discussion forum will stay open during the exam. It is against the honor code to discuss answers to any exam question on the forum. The forum should only be used to discuss questions on other material or to alert staff of technical issues with the exam.

Start your review of Introduction to Complex Analysis