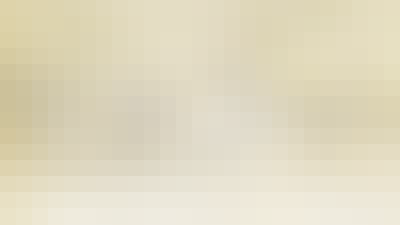 The Constitution and Three Branches of Government
-Classes 1, 2, and 3 discuss why we need a Constitution and the history that preceded its drafting. You will learn about the two conflicting lessons the founders learned from the Revolution and the failure of the Articles of Confederation: the national government can become a tyrant if it is too strong, but the nation will fall apart if it is too weak. These lectures explore how the drafters sought to balance these concerns in the original Constitution and the many compromises it contains. You will also learn about two approaches to interpreting the Constitution: Originalism and Living Constitutionalism. Classes 4, 5, and 6 explore the powers of the legislative, executive, and judicial branches of government and the separation of powers between those branches. The Framers gave the federal government limited powers, and divided those powers among the three branches in order to protect individual liberty and state authority.

Amendments and the First Amendment
-This segment first explores constitutional amendments, including the Bill of Rights, and the Reconstruction and Progressive-era Amendments. Then, we will take a detailed look at one of the most important amendments: the First. We will learn about the constitutional protections for speech and religion, how they have changed over time, and how they apply to various circumstances. Finally, we will learn about the Establishment Clause and what it means in today's society.

Criminal Procedure and Federalism and Nationalism
-We begin here by looking at another group of very important constitutional provisions: the Fourth, Fifth, and Sixth Amendments, which guarantee rights to individuals accused of committing crimes. These amendments protect us against unreasonable searches, ensure our right to remain silent in the face of police questioning, and allow us to demand the assistance of counsel and trial by jury. These rights are fundamental to our system of criminal justice.

Then we will shift our focus to examining the Second Amendment, the right to bear arms, and incorporation. We will also discuss the Ninth and Tenth Amendments, unenumerated rights, and states' rights, and finish by considering the implications of the Civil War and Reconstruction for the balance of power between the federal government and the states.

The Fourteenth Amendment and Modern Controversies
-The first three lessons consider the equal protection and due process clauses of the 14th Amendment. We will begin by discussing race discrimination and the anti-classification and anti-subordination perspectives on equal protection. Next, we will discuss sex discrimination and the right to an abortion derived from the due process clause. Finally, we will examine discrimination based on sexual orientation, and the social progression of major civil rights movements in the United States. The final three lessons in this module consider some modern constitutional controversies. First, we will learn about presidential war powers. Next, we will analyze free speech in the context of campaign finance reform. Finally, we will discuss federal legislative power with a focus on health care reform.