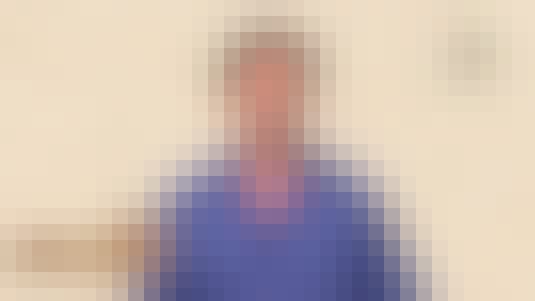 Conversion is a multidimensional phenomenon with religious, social, political and legal implications. By examining these implications, one can learn how religious communities function, how they deal with identity issues, and how and
why they demarcate their boundaries.
Conversion canalso illustrate the policies and internal structures of such communities, interactions with those deemed as "Others", and the dynamics of minority-majority cultural groups living alongside one another.
The courseprovidesan analytic structure for understanding political, social, religious and legal issues, communal and religious limits, and the exchange of knowledge.

In this course you will find:
Variety
We tackle the diverse expressions of the phenomenon, utilizing research tools from a wide spectrum of disciplines and integrating such study into the academic world as a distinct interdisciplinary area of inquiry.

Accessibility
The digital format enables intimate and immediate meetings with ancient texts to which most of you do not have access (they will appear in the course in their original language as well as translated into English), along with exposure to works of art from the same period and the valuable information thatcan be distilled from them.

Instructors
Twenty-six world-renowned specialists guide you through the learning process, providing a broad historical, cultural and religious background for the texts. The experts help you to gain an understanding of the period in which the texts were written, and the events and ideas that the texts influenced.

Identity
The texts yield multiple notions on the forms that conversion has taken and on the forcesthat drive such a decision. These ideas broaden and enrich your grasp of the different ways people, throughout history and across the globe, have self-identified upon a continuum of identities. These include their natal religion, their chosen faith, their motivations for conversion and social, economic, legal, personal and other factors that may have contributed to the choice to convert.
Hence, past and present are in constant dialogue in this course, as are the geographical spaces in which the events occurred.

Week 1- Introduction to the world of conversion
This session introduces you to two fundamental issues for understanding the concept of religious conversion.
Week 2- Individual conversion
You will meet individuals who chose to change their own belief, religious orientation and community, and discuss the characteristics of their conversion. Do individual converts from differentgeographical zones and historical periods have anything in common?
Week 3- Women 's conversion
Can women's conversions be specifically characterized? If so, why, and in what ways, do their conversions differ from those of men?
Week 4- Between religions
What is the new identity of the convert? Does the individual move completely from one social world to another, from one set of religious beliefs and norms to a different one?
Week 5- Conversion and myth
Some conversion stories became myths. What role do thesemyths play in societies' education of its own members? How did these myths function as a missionary tool for other conversions?
Week 6- Conversion and polemics
Religious conversion is not a neutral matter. Throughout history, it has raised sharp disagreement between representatives of the three main monotheistic religions, each of which has tried to prove itself to be the "true religion". What kind of arguments did they use? Who was affected by these arguments?
Week 7- Mass conversion
Mass conversions have dramatically influenced the demography of the world. What are the dynamics that can lead millions to change their faith? What are the starting points of this process? What is the role of force in this process?
Week 8- Forced conversion
Most conversions in history were forced upon societies and individuals by conquerors and rulers. How have minorities responded to conversion that was imposed by the dominant majority? How did their new status shift the borders of community belonging?
Week 9- Conversion and society
We will focus on the twilight status of the convert: What kind of social and economic reasons have led individuals to convert? How does the act of conversion shape the relationship between converts and their social surrounding?
Week 10- Conclusion
A review of the different types of conversion we explore in the course and their connections to identity, self-definition, relations between individuals and their social surrounding, the power balance between majorities and minorities, and the way social groups define their own boundaries.