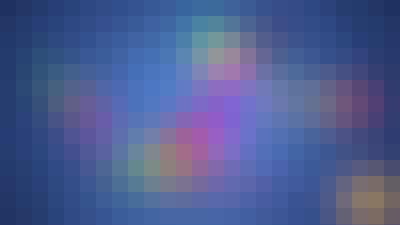 This course is an introduction to the finite element method as applicable to a range of problems in physics and engineering sciences. The treatment is mathematical, but only for the purpose of clarifying the formulation. The emphasis is on coding up the formulations in a modern, open-source environment that can be expanded to other applications, subsequently.

The course includes about 45 hours of lectures covering the material I normally teach in an
introductory graduate class at University of Michigan. The treatment is mathematical, which is
natural for a topic whose roots lie deep in functional analysis and variational calculus. It is not
formal, however, because the main goal of these lectures is to turn the viewer into a
competent developer of finite element code. We do spend time in rudimentary functional
analysis, and variational calculus, but this is only to highlight the mathematical basis for the
methods, which in turn explains why they work so well. Much of the success of the Finite
Element Method as a computational framework lies in the rigor of its mathematical
foundation, and this needs to be appreciated, even if only in the elementary manner
presented here. A background in PDEs and, more importantly, linear algebra, is assumed,
although the viewer will find that we develop all the relevant ideas that are needed.

The development itself focuses on the classical forms of partial differential equations (PDEs):
elliptic, parabolic and hyperbolic. At each stage, however, we make numerous connections to
the physical phenomena represented by the PDEs. For clarity we begin with elliptic PDEs in
one dimension (linearized elasticity, steady state heat conduction and mass diffusion). We
then move on to three dimensional elliptic PDEs in scalar unknowns (heat conduction and
mass diffusion), before ending the treatment of elliptic PDEs with three dimensional problems
in vector unknowns (linearized elasticity). Parabolic PDEs in three dimensions come next
(unsteady heat conduction and mass diffusion), and the lectures end with hyperbolic PDEs in
three dimensions (linear elastodynamics). Interspersed among the lectures are responses to
questions that arose from a small group of graduate students and post-doctoral scholars who
followed the lectures live. At suitable points in the lectures, we interrupt the mathematical
development to lay out the code framework, which is entirely open source, and C++ based.

Books:
There are many books on finite element methods. This class does not have a required
textbook. However, we do recommend the following books for more detailed and broader
treatments than can be provided in any form of class:

Resources:
You can download the deal.ii library at dealii.org. The lectures include coding tutorials where
we list other resources that you can use if you are unable to install deal.ii on your own
computer. You will need cmake to run deal.ii. It is available at cmake.org.

1
-This unit is an introduction to a simple one-dimensional problem that can be solved by the finite element method.

2
-In this unit you will be introduced to the approximate, or finite-dimensional, weak form for the one-dimensional problem.

3
-In this unit, you will write the finite-dimensional weak form in a matrix-vector form. You also will be introduced to coding in the deal.ii framework.

4
-This unit develops further details on boundary conditions, higher-order basis functions, and numerical quadrature. You also will learn about the templates for the first coding assignment.

5
-This unit outlines the mathematical analysis of the finite element method.

6
-This unit develops an alternate derivation of the weak form, which is applicable to certain physical problems.

7
-In this unit, we develop the finite element method for three-dimensional scalar problems, such as the heat conduction or mass diffusion problems.

8
-In this unit, you will complete some details of the three-dimensional formulation that depend on the choice of basis functions, as well as be introduced to the second coding assignment.

9
-In this unit, we take a detour to study the two-dimensional formulation for scalar problems, such as the steady state heat or diffusion equations.

10
-This unit introduces the problem of three-dimensional, linearized elasticity at steady state, and also develops the finite element method for this problem. Aspects of the code templates are also examined.

11
-In this unit, we study the unsteady heat conduction, or mass diffusion, problem, as well as its finite element formulation.

12
-In this unit we study the problem of elastodynamics, and its finite element formulation.

113
-This is a wrap-up, with suggestions for future study.