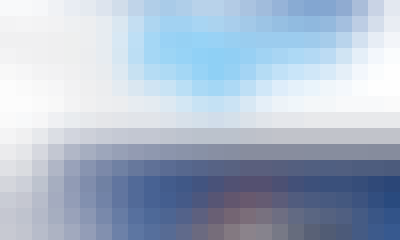 Why would hundreds of scientists from around the world intentionally freeze a ship in Arctic sea ice for an entire year, braving subzero temperatures and months of polar darkness? This may sound like a fictional adventure movie plot, but from September 2019 through October 2020, the MOSAiC (Multidisciplinary drifting Observatory for the Study of Arctic Climate) Arctic research expedition did just this.

In this course, you’ll hear directly from MOSAiC scientists and Arctic experts as they describe why this expedition is so key for increasing our understanding of the Arctic and global climate systems and what kinds of data they will be collecting during MOSAiC on the ice, under the sea, and in the air. The course kicks off with content around Arctic geography, climate, and exploration history, and then walks learners through the basics of the components of the Arctic system: atmosphere, ocean, sea ice and ecosystems. You will also learn how the data collected during MOSAiC will be used to improve climate model projections. Finally, we will wrap up the course by exploring challenges the new Arctic faces, including how indigenous peoples in the Arctic are being impacted in different ways by a changing Arctic environment.

Course Introduction and Course Basics
-In this module, we will take you on a tour of the Arctic and discuss topics like Arctic geography and geopolitics before introducing the MOSAiC (Multidisciplinary drifting Observatory for the Study of Arctic Climate) expedition. The module wraps up with a brief look back at the historic Fram expedition to the Arctic 150 years ago that inspired MOSAiC.

Atmosphere in the Arctic and Beyond
-In this module, you will learn about the basic physics of the atmosphere with a specific focus on the Arctic. We will explore Earth’s energy budget and look at the structure of the atmosphere. Arctic clouds are an important player in the Arctic atmosphere and their role will be part of one video lecture. Finally, we will introduce you to the concept of feedbacks, systems responses that modulate the climate system and are the basis for connections to the lower latitudes. The module concludes with an overview of the goals of the MOSAiC Atmosphere research group and the data they are collecting.

The Arctic Ocean
-In this module, we will take you on a tour of the Arctic Ocean. We will explore topics like ocean circulation and ocean stratification with a specific focus on processes that are happening in the Arctic. You will begin to draw connections to the coupling of the atmosphere, ocean, and sea ice and explore the chemistry of the ocean, nutrient distribution, and ocean productivity. The module concludes with an overview of the goals of the MOSAiC Ocean research group and the data they are collecting.

Sea Ice
-In this module, you will learn about sea ice and the important role it plays in the Arctic climate system. We will discuss how sea ice forms, how sea ice interacts with sunlight, and how sea ice moves and behaves. We will also explore the change in sea ice thickness and distribution in the Arctic over time and in response to a changing climate. The module concludes with an overview of the goals of the MOSAiC Sea Ice research group and the data they are collecting.

Arctic Biochemistry/Ecosystem
-In this module, you will learn about the ecosystems of the Arctic Ocean. We will briefly explore the megafauna, such as polar bears, but then focus the exploration on the importance of the microfauna, such as algae and plankton, and their connections to oceanic nutrient cycles and atmospheric phenomena. The module concludes with an overview of the goals of the MOSAiC Biogeochemistry and Ecosystems research group and the data they are collecting.

Modeling Using Data from the Arctic
-In this module, you will dive into the world of climate modeling. You will learn from MOSAiC researchers what the different modeling approaches are, what we can learn from models, and how we can use field data from expeditions like MOSAiC to improve model forecasts. The module concludes with an overview of the goals of the MOSAiC Modeling research group and the data they are collecting.

Challenges in the Arctic
-In this module, we will tie together what we learned in the previous modules and explore challenges that the new Arctic faces. We will discuss the impacts of a changing climate on the Arctic as a whole, discuss the research frontiers around connections between the Arctic and lower latitudes, and explore the potential impacts of climate change on shipping lanes, energy exploration and fishing as well as related environmental challenges such as plastics and oil spills. Finally, you will learn how climate change is already impacting and will continue to impact indigenous communities in the Arctic in different ways.

Start your review of Frozen in the Ice: Exploring the Arctic