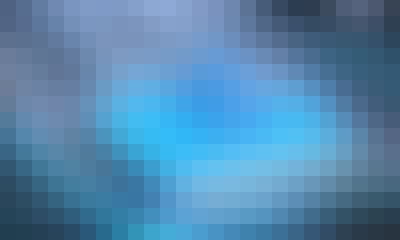 IoT (Internet of Things) devices are already abundant, but new products that include IoT modules are now a common trend. Also, almost everything is already connected to a Cloud, and much more will be in the future. Naturally, as this trend continues, in the near future almost all devices and appliances will include IoT modules which will use sensor data collection and control/management based on Clouds. Since we will live in an IoT world supported by Clouds, knowledge of the core technologies and platforms of IoT and Clouds will enable you with the tools to become a true leader in the future product and business world. In this course, the start-of-the-art IoT and wireless networks and Cloud technologies are introduced (for details on 1G to 5G mobile communications and smartphone and smart device technology, please take my course “Smart Device & Mobile Emerging Technologies”). This course ends with projects that teach how to analyze Bluetooth and W-Fi wireless networks and setup and use an EC2 (Elastic Compute Cloud) Virtual Computer in AWS (Amazon Web Service), which is the most powerful and popular Cloud technology in the world. Comparing to the human body, IoT is the neural network and the Cloud is the brain. Thus, I cordially welcome you into the brain and neural network of the future intelligence world!

IoT Business & Products
-The first module “IoT Business & Products” focuses on the influence of IoT and provides an overview of the trends in North America and the world’s IoT market and industry. The differences in IoT products and services are also described followed by an introduction of the types of leading IoT companies and products, which include Atmel, Android Things, Samsara, ZingBox, and Uber. In addition, IoT services types (i.e., M2M, M2P, P2M, P2P) and their economic impact and the advantages of IoT applications as well as the IoT & M2M ecosystem are introduced.

IoT Networks
-The third module “IoT Networks” focuses on the functionality and characteristics of IoT wireless networks, the IoT network architecture, and wearable IoT networks. To describe the frequency requirements, the characteristics and requirements of the ISM (Industrial, Scientific and Medical) band are introduced. Next, the functionality and characteristics of IoT wireless communication technologies based on WLAN (Wireless Local Area Network), WPAN (Wireless Personal Area Network), and LPWAN (Low-Power Wide Area Network) are described. Then further details on WPAN (which include Bluetooth, ZigBee, 6LoWPAN, and IEEE 802.15.4 technology) and LPWAN (which include LoRa, UNB, Sigfox, and NB-IoT) are provided. In addition, the advantages of IoT and 5G mobile communication networks and the characteristics of mMTC (massive MTC) is covered.

Wi-Fi & Bluetooth
-The fourth module “Wi-Fi & Bluetooth” focuses on the details of Wi-Fi and Bluetooth technology. First, Wi-Fi technology and the WLAN (Wireless Local Area Network) market is introduced, followed by a description of the functionality of Wi-Fi transmission modes (which include the Infrastructure mode and the Ad-Hoc mode) and wireless APs (Access Points) as well as BSS (Basic Service Set) and ESS (Extended Service Set) network formations. The internal process of Wi-Fi operations and role of DCF (Distributed Coordination Function) and CSMA/CA (Carrier-Sense Multiple Access with Collision Avoidance) are described followed by the characteristics of Wi-Fi standards (which include the IEEE 802.11a, 11b, 11e, 11g, 11n, 11p, 11ac, 11ad, 11ah specifications), Wi-Fi PHY (Physical Layer) modulation schemes, as well as the IFS (Inter-Frame Space) types and how IFSs are used in priority access control. In addition, the advantages of Wi-Fi Dual Band and Wi-Fi Direct are introduced. Second, Bluetooth standards and feature evolution are introduced, which include the specifications from 1.1 to 5 including EDR (Enhanced Data Rate), HS (High Speed), BLE (Bluetooth Low Energy), and Beacon technology. The description incudes the characteristics of Bluetooth piconets and types of operations (which include Classic Bluetooth and BLE (Bluetooth Low Energy)) as well as the channel specifications, advertising, and connection events.

Cloud Technology
-The fifth module “Cloud Technology” focuses on the Cloud market analysis, Cloud service types, MCC (Mobile Cloud Computing), and Edge Computing technology. Frist, the characteristics of the world’s top cloud companies and their services including AWS (Amazon Web Service), Microsoft, IBM, Google, and Apple's iCloud are introduced. Then the characteristics of cloud models, which include public cloud, private cloud, community cloud, and hybrid cloud are described along with the differences in cloud service models, which include SaaS (Software as a Service), PaaS (Platform as a Service), and IaaS (Infrastructure as a Service). Based on the service models, the benefits and characteristics of Cloud services are introduced. More details on the operation process are introduced, which include the IaaS and VM (Virtual Machine) administration, PaaS Runtime Environment for application support, and Open SaaS applications access processes. Then the relation between IoT and state-of-the-art mobile cloud technology is introduced. First the differences in MCC (Mobile Cloud Computing) and Edge Computing are described, which includes details on Fog computing, MEC (Mobile Edge Computing), and Cloudlet technology. In addition, the functionality and characteristics of the Cloudlet architecture and its 3 layers are covered.