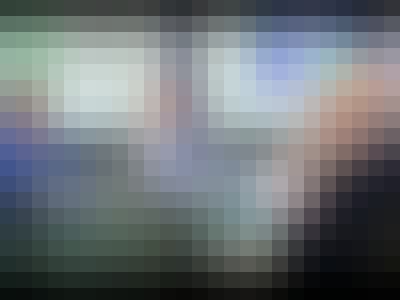 Did you know that three quarters of EU policies affect our everyday lives in our regions and cities? Did you know that regional and local governments in Europe manage two thirds of all public investments? Be it the economy, social affairs, territorial cohesion, education, youth or culture, energy, environment, transport, immigration – local government in Europe matters. The importance of the regional and local dimension has continued to increase in Europe. Among the EU institutions in Brussels, the European Committee of the Regions stands up for the rights of citizens, ensuring that the local perspective is heard and giving communities a voice in Europe. This introductory course aims to explain how the European Union works and what the European regions' place is within it. Join us to (re)define the role of regions in European policy making!

Chapter 4: Research and innovation; social, employment, education and youth policies
This chapter is twofold: it presents on the other hand the European employment, social affairs and equal opportunities policies, which aim to increase employment and worker mobility, to improve the quality of jobs and working conditions, to combat poverty and social exclusion, to promote equality, and to modernise social protection systems. On the other hand it discusses the implementation of innovation policies and smart specialisation strategies, a priority for all member states and their regions. These strategies will help to tap into their regional innovation potential, thanks to EU support.
With Professor Dominique Foray, École Polytechnique Fédérale de Lausanne, Switzerland; Katja Reppel, DG Regional and Urban Policy, European Commission; and Manuel Palazuelos Martinez, Joint Research Centre, European Commission

Chapter 6: Free movement and migration
Migration and the integration of migrant populations are of key political importance at the local level. The objective of this this chapter is to discuss the rationale, legislation and major challenges of related EU policies and the way in which regions and cities are involved in it. What is the role of regions and cities in addressing migration and how can the EU support them? Does increasing international migration require the reform of the welfare state and labour market institutions and if so, how would the EU be involved in it?
With Claude Moraes, Chair of the Committee on Civil Liberties, Justice and Home Affairs at the European Parliament (tbc)

Chapter 7: Regions and the single market: industry, SME, competition and digital policies
This chapter is an introduction to the main principles and sources of EU competition policy and state aid legislation. What is the scope, volume and impact of (regional) state aids in the EU? What links the regional state aids and EU Structural and Investment Funds? Moreover, it presents the EU's SME and digital policies.
With Fiona Wishlade, University of Strathclyde, Glasgow

Chapter 8: The EU budget, programmes and projects
The objective of this chapter is to highlight the historical development and legal foundations of the EU budget, the way its revenue and expenditure is composed, how different EU programmes are managed and the key issues with regards to its future. Which are the main actors in setting up, implementing and controlling the EU budget? What are the main challenges when it comes to its implementation, in particular for (sub-) national authorities?
With Stefan Lehner, Director at DG Budget, European Commission and Jorge Nunez Ferrer, Associate Research Fellow, Centre of European Policy Studies

Start your review of Regions, EU Institutions and Policy-Making