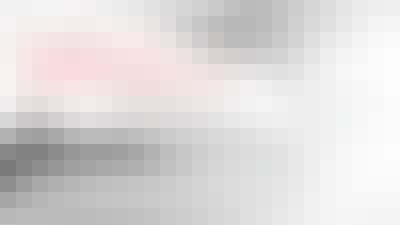 Is Confucianism synonymous with Chinese culture? While it may be an overstatement to equate the two, there is little doubt that Confucianism pervades every level of Chinese culture and society. To be sure, other traditions such as Daoism and Buddhism have also left an indelible mark; nevertheless, Confucianism remains central to the shaping of the Chinese imagination. The influence of Confucianism extends beyond China to East Asia and through migration and cultural diffusion, other parts of the world. Confucianism traces its origins to the teachings of Confucius. What makes Confucius so special and what did he teach? This course will explore some of the key concepts in Confucian philosophy. Much of the discussion will centre on the Analects of Confucius, the foundational text of Confucian wisdom, although attention will also be given to the subsequent unfolding of the Confucian tradition. We will attempt to situate Confucian philosophy in its own context and to bring out its contemporary significance. Confucianism is a living tradition. Its vitality hinges on not only its continuing relevance in Chinese society but also its contribution to meeting the global challenges confronting the world today. There are no prerequisites for this course, other than a keen interest in Chinese tradition and culture, and the willingness to engage the Analects of Confucius.

Introduction: The World of Confucius

Part 1 - The World of Confucius
-Meaningful engagement with Confucian philosophy requires a disciplined and informed imagination. Confucius (or Kongzi, in Chinese) flourished in a time of considerable change and political instability. Some understanding of the world of early China would be critical, as Confucian ideas did not grow out of a historical vacuum. In this context, we will examine the Analects—known in Chinese as Lunyu—a compilation of sayings and conversations attributed to Confucius that is essential to our understanding of Confucian philosophy.

Part 2A - The Vision of Confucius
-The teachings of Confucius are perhaps best understood as a major philosophical renovation of the early Chinese intellectual scene. We will start with the cardinal concept of the junzi, the moral and cultural exemplar that stands at the heart of the Confucian vision. What are the characteristics of the ideal junzi? Can one become a junzi and if so, how can that be accomplished? In this context, some of the key Confucian ethical concepts such as ren (humaneness or humanity), li (propriety), and yi (rightness) will be introduced.

Part 2B - The Vision of Confucius (cont'd)
-In this same context (refer to week 2), as we continue our guided tour, as it were, of the rich intellectual landscape that is Confucianism, we examine briefly the concept of “filial piety” (xiao), the key concern with learning and education (xue), which extends far beyond academic interests, and other related concepts. In addition, I would like to raise the question as to whether there is a religious or spiritual dimension to Confucian philosophy, and if so, how does it relate to ethics and political philosophy. There is much to discuss here, and we will return to the question of the impact of the Confucian vision on Chinese culture towards the end of this course.

Part 3A - The Unfolding of Confucianism
-“Confucianism” is an abstract generalization. While it may serve as a convenient label, it must be used with care. What needs to be made clear is that the Confucian tradition is dynamic, interacting with different currents of thought as well as harbouring rich internal differences. In this part of the course, some of the main rivals to Confucian philosophy in early China will be introduced. These concern what have come to be called “Mohism,” “Daoism,” and “Legalism” in classical Chinese philosophy.

Part 4 - Confucianism in the World Today
-The influence of Confucianism on Chinese culture is one important issue, but equally important would be the potential contribution of Confucian philosophy to global dialogue. Is Confucianism still relevant today? What does Confucianism have to offer to contemporary society, which must confront a host of complex challenges? What can we learn from it? Rather than presenting a single point of view, this part of the course will be based on a series of interviews, with scholars of Confucianism, as well as students and alumni of NTU Singapore.

Start your review of Explorations in Confucian Philosophy