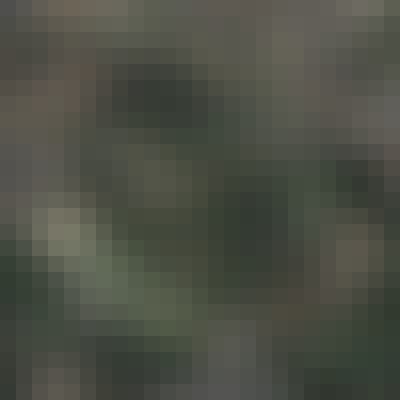 Studying ancient - as well as medieval or modern - cities basically means telling local urban stories based on the reconstruction of changing landscapes through the centuries. Given the fragmentary nature of archaeological evidence, it is necessary to create new images that would give back the physical aspect of the urban landscape and that would bring it to life again. We are not just content with analyzing the many elements still visible of the ancient city. The connections between objects and architectures, visible and non visible buildings, which have been broken through time have to be rejoined, to acknowledge the elements that compose the urban landscape.

Landscape and its content are a very relevant and still vital part of any national cultural heritage. The course will introduce students to the way we have been reflecting on over the last twenty years and still are engaged with the study of the past of our cities, beginning from the most complex case in the ancient Mediterranean World: the core of Italy and of Roman Empire. On the other hand, knowledge means also preservation and defense of material remains and cultural memory.

“The Changing Landscape of Ancient Rome. Archeology and History of the Palatine Hill” presents to a large public the topographical lay-out of the most relevant part of the city (according the Greek and Roman Historians Rome was founded on the Palatine). Research developed on the Palatine since the end of last century by the team of Sapienza Classical Archaeologists opened a new phase in the urban archaeological investigation and in the scientific debate about the relation between archaeological features and literary tradition as well as the “correct use“ of both kind of evidence, key issues of wide archaeological and historical significance.

From ruins to a full evidence local history (methods, procedures, tools)
-As a welcome module, the course will start discussing how we can move back through time and space to draw an updated archeological chart of the Palatine, to be integrated when possible with missing or lost part of the ancient overall framework, in order to be turned into the basic tool for describing diachronically architectural and topographical continuity and discontinuity. This aiming at the reconstructions of sequences of facts and at a historical reconstruction tout-court.
By the end of this module you will able to:
- classify archaeological evidence
- draw an archaeological chart
- try to integrate missing part of buildings/monuments if possible

From a border land to the largest settlement in Latium (13th–9th cent. b.c.e.)
-The whole story of city parts begins before the foundation of the city itself. In this module we will discuss how archaeological evidence and roman cultural memory allow to envision the faster and faster development from a number of dispersed peer communities to unified settlement, anticipating and somehow preparing the birth of the City.
By the end of this module you will able to:
- identify central Italian Bronze and Iron Age artifacts
- define and identify pre- and proto-urban topographical and social organization
- try to compare archaeological features and literary tradition

A city - ruled by kings - is born (8th – 7th century b.c.e.).
-April 21st year 753 before common era. This is the day when the Romans believed their city had been founded. And they were probably right. According to the Roman foundation legend, a prince born in Alba Longa by a god and the young king’s daughter - Romulus - founded the city. He celebrated an elaborated rite on the Palatine, killed his twin brother - Remus - encircled the Palatine with a sacred wall, gave the Romans a constitution and reigned over the new born city for 37 years. Thanks to the results of our recent archaeological excavations we know now that the core of the legend is true. By the end of this module you will able to: - discuss present state of scientific debate about the birth of the city in Central Italy - define and identify urban political organizations - identify Late Iron Age and Early Archaic artifacts and building techniques.

New kings before a new State (6th – 3rd century b.c.e.).
-Just one hundred and fifty years after the foundation, huts and pebble streets were substituted by more substantial buildings and paved streets. On and around the Palatine, as well as in other districts of the city, Houses and temples resting on squared blocks foundations and covered by roofs made of clay tiles replaced huts. Streets were paved by rock slabs and new drains allowed to keep lower areas dry, even during flooding winter seasons. In year 509 before common era, the king was sent into exile and two young aristocrats declared themselves first annual magistrates of a new State: the Roman Republic. From the 5th to the end of the 3rd century before common era, Rome had to fight to survive and the urban lay-out of the hill is not altered by relevant changes.

By the end of this module you will able to:
- discuss major changes occurred between the late archaic period, early- and mid- republican phases in Rome
- define and identify a certain number of Roman monuments and/or places
- identify Late Archaic and early/middle Repubblican artifacts, decorations and building techniques

The Masters of an Empire (2nd - end of 1st century b.c.e.)
-In the course of nearly three hundred years – from 509 till 202 b.c.e. - central, southern and northern Italy were conquered by the Romans and included into the Roman political organization as submitted or allied territories. Later on, year 146 b.c.e. was the real turning point. Greece became a Roman Province. Carthage – a city in north Africa, Rome’s enemy number one – was destroyed. The Mediterranean sea was roman: Mare nostrum, they called it: “Our Sea”. The republican political system was still working but this was, in fact, the beginning of a new Empire. The luxurious residences of the most eminent civil and political actors - nobles, knights, senators, magistrates and so forth - were on the Palatine, “the most beautiful part of the City”.
By the end of this module you will able to:
discuss major changes occurred during the Late Republican phase in Rome
define and identify a certain number of Roman monuments and/or places
identify Late Repubblican artifacts, decorations and building techniques

The Capital of the Empire (end of 1st century b.c.e. – beginning of 1st century c.e.)
-Year 31 b.c.e. After nearly fifty year of Civil Wars, a 32 years old man, son of a sister of Julius Caesar, defeated his last enemy. Few years later - 27 and 23 b.c.e. – Roman Senators assigned him an immense power, asking him to watch over a new era of peace and respect for Roman laws and ancient traditions. They called him Augustus, a word meaning “blessed by Jupiter the king of the Gods”. The nephew of Julius Caesar became the first Emperor of Rome, and choose the Palatine as his own residing place.

By the end of this module you will able to:
- discuss major changes occurred between Late Republican phase and Augustan age in Rome
- define and identify a certain number of Roman monuments and/or places
- identify Augustan artifacts, decorations and building techniques

The Golden City (1st – 2nd century c.e.).
-Imperial Rome was much more like a contemporary metropolis than we can imagine. Urban landscape, in particular on and around the Palatine, was crowded by: luxury residences and, first among them, the Imperial Palace on the Palatine; buildings for spectacles; baths: buildings for leisure and culture; temples and cult places for traditional gods and for new gods, that is the deified emperors; blocks of multiple storey buildings. This is how Rome should have looked like when poets and writers called her the “Golden City” (Aurea Roma).
By the end of this module you will able to:
- discuss major changes occurred during Early Imperial period in Rome
- define and identify a certain number of Roman monuments and/or places
- identify Early Imperial artifacts, decorations and building techniques


The Golden City and her decline (3rd – 6th century c.e.)
-The embellishment of the city went on for a little further. At the beginning of the 4th century, Constantine the Great, first Christian Emperor, restored the imperial palace on the Palatine and also offered in different parts of the city monumental churches to the “new” God of the “new” Faith. The “Golden Rome”, even if wounded and besieged by the so-called “Barbarian People” pressing from East Europe and Middle East, still preserved her splendor.
476 A.D.: The German King Odoacre dethrones the last Roman Emperor, Romulus Augustus. 535 A.D.: Justinianus Emperor of Byzantium – once the capital of the eastern part of the Roman Empire - send a fleet and an army to Italy in order to “free Rome from the Barbarians”. 552 A.D.: 27 years later. War is over at last and the generals sent by Justinianus conquer Rome. But less than one thousand people lived in the urban area. Small churches, huts, small herb and vegetables gardens, tombs were scattered here and there in the vast area of the nearly empty city, between the skeletons of the ancient ruined buildings.
By the end of this module you will able to:
- discuss major changes occurred during Middle and Late Imperial period in Rome
- define and identify a certain number of Roman monuments and/or places
- identify Middle and Late Imperial artifacts, decorations and building techniques.

Start your review of The Changing Landscape of Ancient Rome. Archaeology and History of the Palatine Hill