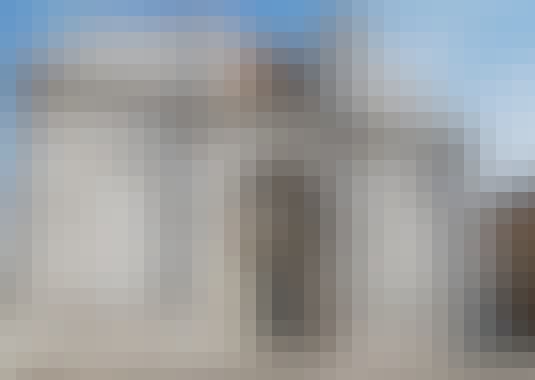 Early Renaissance Architecture in Italy: from Alberti to Bramante

When Leon Battista Alberti completed his treatise about architecture around 1452, his initial study of texts and monuments of Antiquity was based on mathematics and geometry as a reflection of nature, with a belief that architecture was a part of a man's civil duty.

This attitude would condition the architectural principles of the early Renaissance and architects did not apply themselves to textual imitations of individual antique monuments. In Florence, they preferred to accept and articulate the rational “system” of Brunelleschi, either transforming it, like Alberti, or breaking with it in a return to tradition, like Michelozzo. In north and south Italy, the battle between innovation and resistance was increasing in strength and substance because it not only encompassed immediate questions of decorative language  (antique forms and architectural orders) but also the problems of conceiving and constructing an architecture that could replace the gothic structural membering with the continuous masonry of the Antiquity. At first, the new decoration was frequently adapted to the existing architectural system, and only later did it find a partner in the different spatial and structural conceptions that descended from Florentine exempla. The tendency to see norms and models in antique architecture, which must be rigidly replicated, first affirmed itself at the beginning of the XVI century in Rome.

3.5 rating, based on 2 Class Central reviews

Start your review of Early Renaissance Architecture in Italy: from Alberti to Bramante