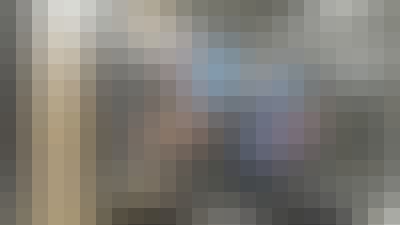 COURSE ABSTRACT:
Have we reached the boundaries of what can be achieved in sports and building design? The answer is definitely “NO”. This course explains basic aspects of bluff body aerodynamics, wind tunnel testing and Computational Fluid Dynamics (CFD) simulations with application to sports and building aerodynamics. It is intended for anyone with a strong interest in these topics. Key fields addressed are urban physics, wind engineering and sports aerodynamics.

COURSE UPGRADES:
In January-February 2017, the course will be upgraded/extended with:
- New modules on cycling aerodynamics
- Week 7: Climate adaptation of buildings and cities
- Week 8: Air pollution
If you want to take the upgraded/extended course, please wait with enrollment until mid February.

LECTURER:
The lecturer is Bert Blocken, professor at Eindhoven University of Technology in the Netherlands and KU Leuven in Belgium. He is a Civil Engineer holding a PhD in Building Physics. His main areas of expertise are urban physics, wind engineering and sports aerodynamics. He has published 126 papers in international peer-reviewed journals. He has received the 2013 Junior Award from the International Association of Wind Engineering and six best paper awards from the Elsevier ISI journal Building & Environment (2009, 2011, 2012) and at international conferences. According to the 2016 Academic Ranking of World Universities (Shanghai Ranking) & Elsevier, he is among the 150 most cited researchers world-wide both in the field of Civil Engineering and in the field of Energy Science & Engineering. Since Dec 2016, he is editor of the ISI journal Building & Environment and starting 2017, he is also associate editor of the ISI Journal of Wind Engineering & Industrial Aerodynamics. He is member of the editorial board of the ISI journals Building Simulation and Sports Engineering. He has acted as a reviewer for more than 70 different ISI journals. He is currently supervising a team of 4 senior researchers, 32 PhD students and 5 MSc students.

Introduction movies & Basic aspects of fluid flow
-This series of lectures outlines some basic aspects of fluid flow. It starts with the fluid properties velocity, pressure, temperature, density and viscosity. It continues with flow properties such as viscous versus inviscid flow, compressible versus incompressible flow, confined versus open flow, steady versus unsteady flow, stationary versus non-stationary flow and laminar versus turbulent flow. It also addresses some basic components of fluid statics, kinematics and dynamics. The last lectures are focused on the important concept of the boundary layer. Laminar versus turbulent boundary layers, boundary layer separation and obstacle form drag versus friction drag are explained. Finally, the module ends with a lecture on a special type of boundary layer: the atmospheric boundary layer, in which sports and building aerodynamics take place.

Computational Fluid Dynamics
-This series of lectures provides the basics of Computational Fluid Dynamics (CFD) with focus on application to Sports & Building Aerodynamics. First, the possibilities and limitations of CFD are outlined. Next, the main approaches for solving and modeling turbulent flow are explained, after which some basic aspects of discretization and near-wall modeling are described. After that, we focus on the important topics of errors, uncertainties, verification and validation in CFD. The series is concluded with two lectures that provide an overview of the past achievements and future challenges in Computational Wind Engineering.

Building aerodynamics
-The lecture series on Building Aerodynamics consists of 10 lectures. The first two lectures provide basic information about the wind flow around isolated buildings and generic building groups. Three lectures focus on the important problem of pedestrian-level wind discomfort and wind danger around buildings. One lecture addresses natural ventilation of buildings, focused on the ventilation study for a large football stadium in the Netherlands. Two lectures address wind-driven rain on building facades, and the final two lectures are devoted to wind energy in the built environment, where some important misconceptions are highlighted and explained.

100 m sprint aerodynamics
-This short lecture series addresses the aerodynamics of the 100 m sprint, including aerodynamic effects generated by the stadium. The first lecture explains the importance of aerodynamics in the 100 m sprint competition. Next, an existing mathematical-physical model of short-distance running is outlined. Based on this model, further lectures investigate wind effects and altitude effects on 100 m sprint performances and on potential world records. Finally, the potential influence of the geometry of the sports stadium on records established in it is explained, and the lecture series is concluded by an interview with a professional athletics coach.

Final quiz
-The final quiz contains questions covering all 6 weeks. The minimum score to pass the course is 80%. 3 attempts can be taken. Partial feedback (correct / incorrect) will be given after every attempt. Points for multiple-choice questions with multiple correct answers are only obtained when all correct answers are labeled as such by the student.

Start your review of Sports and Building Aerodynamics