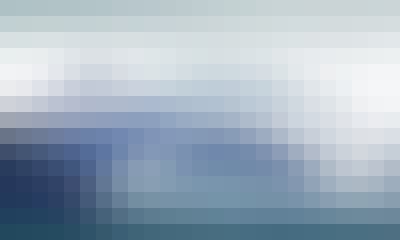 In this course you will first learn about the Arctic as a geographic region, the peoples the Arctic, and the long history of Arctic settlement and exploration. Attention then turns to key features of the Arctic environment – its climate and weather, features of the ocean, sea ice, lands and the Greenland Ice Sheet, and some of the rapid changes being observed.

Arctic Climate Basics
-To understand the Arctic system and the changes taking place, we need to become familiar with some of the basic climate drivers and features of the region, starting with solar energy, polar night and the midnight sun. Attention then turns to spatial patterns of temperature, precipitation and cloudiness.

The Arctic Ocean
-The Arctic region is an ocean surrounded by land, and to understand the Arctic, we need to understand the Arctic Ocean. We start with discussing Arctic Ocean basics - its shallow shelf sea and deep basins, and then move on to discuss the ocean's floating ice cover. As we will learn, the ice cover grows and shrinks with the seasons and is in near constant motion, squeezing together to form sea ice ridges and keels and pulling apart to form leads.

The Arctic Lands
-As we will learn in this module, the Arctic lands are highly varied. we'll first explore the Greenland Ice sheet. Attention then turns to tundra, boreal forest and the typically ill-defined Arctic treeline. We will learn that a number of very large rivers drain into the Arctic Ocean, having prominent influences on the ocean. Finally, we'll explore permafrost, the perennially frozen ground that underlies most of the Arctic lands.

The Arctic Atmosphere
-In this module we'll learn all about Arctic weather, including storms and whiteouts. We will also learn that the Arctic, as a "heat sink" plays a key role in shaping weather patterns for the northern hemisphere as a whole. We'll then explore the concept of teleconnections - links between weather conditions between widely separated locations. Finally, we'll briefly review the Arctic's energy budget.

Start your review of The Arctic as a System