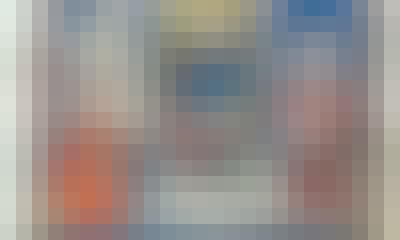 This course evaluates the medieval history of Toledo from the era of the Visigoth Kingdom (6th-8th centuries) through its Islamic period (8th to 11th centuries) and into its reintegration into Christian Spain (after 1085 c.e.) In particular, we take note of the cultural and religious transformations that characterized the city with a special effort to understand how many peoples and religions came to settle and live amongst one another. We will virtually-tour the Islamic and Christian structures of the Museo de Santa Cruz, Iglesia de San Román, Sinagoga del Tránsito, Mezquita de Bab al-Mardum, Archivo Municipal de Toledo, and the Archivo Historico de la Nobleza.

We examine the Visigoths transition from Christian Arianism to Catholicism and the harsh treatment of the Jewish population. We explore Islamic governance and development of the medieval city of three faiths, with a special interest in its cultural achievements. We will study King Alfonso “The Wise” (1252-1284)’s efforts to characterize himself as the “king of three religions” via his legal codices, the creation of the Cantigas de Santa María, and his intellectual endeavor known as the Toledo School of Translators. We evaluate the robust Jewish and converso noble families of the city and appreciate their intellectual, religious, and economic contributions to Castilian life. We will bear witness to the rise of anti-Jewish blood purity statutes, the creation of the Inquisition, and the expulsion of the Jews. We also briefly introduce and study Spanish manuscripts from the municipal and cathedral archives to make new scholarly breakthroughs relating to the Jewish, Christian, and Muslim interrelations.

No knowledge of Spanish is needed to participate in the course or in our transcription efforts.

Jews, Christians, and Muslims in Medieval Toledo After 1212 CE
-This week we study Jews, Christians, and Muslims in Medieval Toledo and in the broader Iberian Peninsula. We will evaluate the rule of Castilian King X "The Wise" and his legal codes and the Cantigas de Santa Maria. We will also visit the Museo Sefardi and consider how "cleanliness of blood" statutes impacted recent converts to Christianity (conversos).

The Global Team at Work: Transcription & Interpretation Project
-During this class, not only will you be mastering your paleography skills, but we will also begin our work as Global Citizen Scholars as we, first, work collectively and, second, independently to transcribe a collection of medieval manuscripts pertaining to Jewish, Christian, and Muslim life in Toledo.

Start your review of Toledo: Deciphering Secrets of Medieval Spain