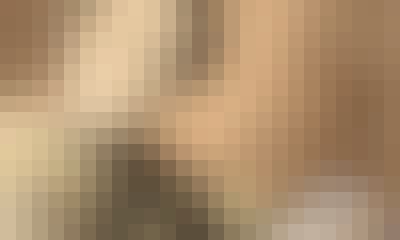 In their ambition to capture “real life,” Japanese painters, poets, novelists and photographers of the nineteenth century collaborated in ways seldom explored by their European contemporaries. This course offers learners the chance to encounter and appreciate behavior, moral standards and some of the material conditions surrounding Japanese artists in the nineteenth century, in order to renew our assumptions about what artistic “realism” is and what it meant.

Learners will walk away with a clear understanding of how society and the individual were conceived of and represented in early modern Japan. Unlike contemporary western art forms, which acknowledge their common debt as “sister arts” but remain divided by genre and discourse, Japanese visual and literary culture tended to combine, producing literary texts inspired by visual images, and visual images which would then be inscribed with poems and prose. Noticing and being able to interpret this indivisibility of visual/literary cultures is essential in understanding the social and psychological values embedded within the beauty of Japanese art.

Samurai Portraits
-One good way to gauge the distance between literary and visual culture in early modern Japan is to examine the ways in which painters and poets depicted their contemporaries. Portraits of samurai are especially rich in information about how men at the top of the social ladder wished to be “viewed” as physical entities, and how they expressed themselves as moral actors within society. In the first module, we will learn the basic formal aspects of samurai portraiture, and at the same time begin to interpret poems and prose inscribed onto the images themselves.

Painted Beauties
-Visual images of women produced in Japan before the introduction of photography can be divided into two types: portraits of women who actually existed in society, and painted or printed images of idealized “beauties,” whose resemblance to physical reality was subsumed often to an intense interest in mode and situational aspect. Like samurai portraits, images of women, both real and imagined, would often be inscribed with texts which instruct viewers how to understand and appreciate them. In this module, we will overview several painted and printed images, and learn how contemporary viewers used these images and their texts as a tool to understand the world.

The Literary Photograph I
-What methods did early modern Japanese artists and writers have at hand to “capture the moment,” and how did these methods influence the introduction and adaption of western photography in the mid-nineteenth century? In this module we will see how photographic modes of representation were assimilated into the literary tradition of portraiture, which was covered in modules 1 and 2.

The Literary Photograph II
-Our final module traces the trajectory of the literary photograph from the end of the long nineteenth century into Japan’s modern era. Photographic images of the human figure in late nineteenth and early twentieth century Japan were often accompanied by literary writing inscribed either on the image itself, or on its reverse side. Modern novelists sometimes published photographs with short poems as captions. We will wrap up our course with a summary of how visual and written modes of representation colluded, and combined to produce powerful documents of social and psychological actuality.

Start your review of Words Spun Out of Images: Visual and Literary Culture in Nineteenth Century Japan