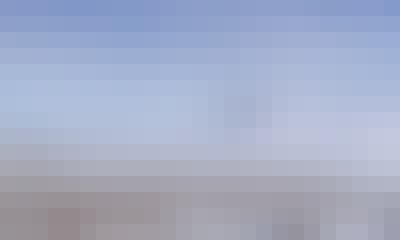 This course takes a detailed look at the remarkable changes unfolding in the Arctic environment, including the shrinking Arctic sea ice cover, shrinking land ice, thawing permafrost and cascading impacts on Arctic ecosystems. After a review of Arctic climates of the past, attention turns to the possible future of the Arctic’s climate and environment.

Visible Indicators of Change
-The Arctic is home to some of our planet's most visible indicators of climate change and we'll learn all about them in this module. Notable among these are the shrinking Arctic sea ice cover and the stronger warming of the Arctic compared to the rest of the globe, a phenomenon known as "Arctic Amplification". We'll then look at how the Arctic permafrost - perennially frozen ground - is warming and thawing. Finally, attention will turn to a direct threat to Arctic residents - coastal erosion and how it is tied to sea ice loss, ocean warming and warming permafrost.

Shrinking Land Ice
-The Arctic is home to the Greenland ice sheet, one of the planet's two ice sheets (the other is the Antarctic ice sheet) as well as many ice caps and glaciers. With few exception, these ice bodies are losing mass and contributing to sea level rise. Here we'll learn all about the Arctic's shrinking land ice, including the complexity of processes affecting the mass balance of the Greenland ice sheet, and the sad story of the disappearance of the two small ice caps that your instructor studied back in the early 1980s.

Cascading Impacts of a Warming Arctic
-Here, we'll discover how changes in the Arctic are having cascading effects not just within the Arctic, but beyond the region. There is is evidence, albeit still controversial, that the strong warming of the Arctic, known as Arctic amplification, can influence weather patterns in middle latitudes. We'll see that the Arctic itself is experiencing extreme weather events. We'll also explore how treeless, windswept tundra is being taken over by shrubs, and how the loss of sea ice is is having impacts cascading through the marine food chain from phytoplankton to top predators like the polar bear.

The Future Arctic
-In this module, we'll first learn that while climate models are a key tools for making projections about the future Arctic, they also have biases and uncertainties. We'll then take a look at projected changes in temperature, precipitation and sea ice. We'll see that the Arctic is expected to continue to warm more strongly than the rest of the planet, that Arctic precipitation is likely to increase and that the sea ice cover will continue to shrink. However, it will also become clear that the magnitude of these changes will very much depend on human behavior - specifically, future rates of fossil fuel burning. Finally, we'll look at the permafrost carbon feedback, and its potential to lead to further warming of the planet.

Start your review of The Changing Arctic: Present, Past, & Future