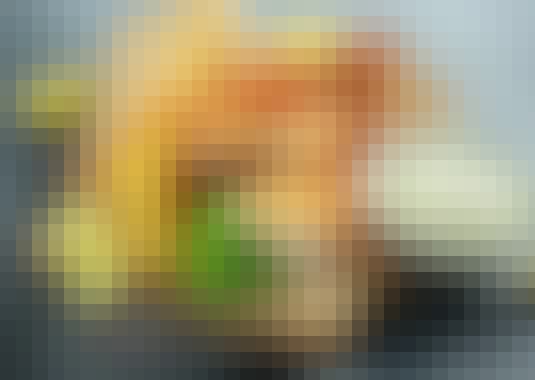 This four-week course from the British Council will help you practise your English language skills while you learn more about modern culture in the UK.

When you think about British food you might think about roast beef or fish and chips, but this course will show you how food from all over the world has also become part of British culture. You’ll even learn how to cook chicken tikka masala, sometimes described as ‘Britain’s national dish’.

You’ll also see the international influence on modern British eating habits by looking at the exciting restaurant culture in the UK and finding out what kind of takeaway food people prefer to order.

Improve your listening skills by listening to authentic British voices

At every point in the course you’ll hear English from British people describing what they eat, who cooks their meals, and where they go to shop for food.

They will also welcome you into their kitchens to show you around and cook with you. The course videos will help you to develop your listening skills as you watch authentic examples of people speaking English.

As well as traditional British eating habits, you’ll hear about how things are changing.

You’ll learn about the rise in vegetarianism and veganism and discover that many people are growing their own food in gardens and allotments.

Improve your English and cooking skills

This course gives you a great opportunity to practise your English and improve your ability to talk about food and cooking as well as how to cook some tasty British dishes!

This English language course is aimed at intermediate students, at B1 on the CEFR or equivalent.

It would particularly suit learners who want to know more about the UK and British culture.

Start your review of Exploring English: Food and Culture