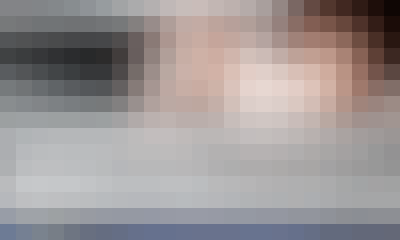 After having followed Privacy in the Western world you have become acquainted with the overall global legal system and the origins of privacy as a concept as well as privacy as a (human) right. This course deals with the European legal system to protect privacy. European privacy protection is based upon human rights treaties, both on a European level as well global level such as, e.g. the UN Declaration on Human Rights. This course outlines and deals with these human rights treaties as well as with the specific rules and regulations that govern day to day privacy protection in Europe.

The course deals with how the European cooperation came into being after the devastating effects of World War II. Economic cooperation was deemed necessary to prevent another war. From economic cooperation other issues became part of the negotiations, and to this day more and more policy fields have become part of the European cooperation. Dealing with and having respect for different human rights is paramount in this cooperation. And privacy protection and regulation has become an increasingly important subject that has attracted a lot of global attention.

The course deals with the different legal elements that have played an important role into grabbing in legal terms the notion of privacy and how to legally protect it. The rules that enable the exchange of personal data between the USA and Europe is being dealt with. It also deals with the constituting legal elements that have become part of the General Data Protection Regulation (GDPR).

After successful completion of the course you will have sufficient baggage to know about the important legal elements and historical background on the coming into being of European privacy protection. I wish you a lot of success with following the course.

Case Law
-European privacy law was and continues to be shaped by rulings and judgements by national and European courts. We travel through the historically most impactful cases , trending from the human rights aspect towards the complete data protection nowadays.

GDPR Main Elements
-Nowadays privacy and data in Europe is protected by the General Data Protection Regulation (GDPR). All previous treaties, directives and regulations have led towards this regulation. As a result the GDPR is very comprehensive. This module will introduce the principles the regulation is based on and discuss most of its main elements. As one of the most progressive piece of legislation globablly it inspires other law makers to apply similar approaches in their legal system. The Californian State for example in 2020.

Individual Rights
-One of the unique approaches the GDPR takes is the rights it gives individuals to protect their data. We shortly introduce each of them, providing you with the framework of the European privacy protection.

Additional Reading
-This module is entirely dedicated to delve deeper in the subject of data protection and privacy. We provide you with additional reading material that will not be graded or required in the final examination. However we strongly advise you to scan or read through this module not only help you gain a better understanding of data protection law but also form a independent opinion on the subject.

Examination
-The final quiz and opportunity for you to demonstrate that you mastered the content of this course. Good luck!