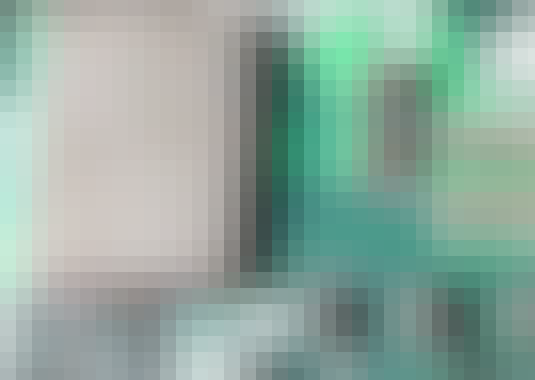 Courses 1, 2, and 3 in this specialization can also be taken for academic credit as part of CU Boulder’s Master of Science in Electrical Engineering degree. Enroll here. Courses 5 and 6 will be offered in the degree program soon. Design modern switched-mode power converters; create high-performance control loops around power converters; understand efficiency, power density and cost trade-offs By 2030, 80% of all electrical energy will be processed by power electronics. Professional advantages continue to grow for technical engineers who understand the fundamental principles and technical requirements of modern power conversion systems. This specialization covers design-oriented analysis, modeling and simulation techniques leading to practical engineering of high-performance power electronics systems.

Course 1: Introduction to Power Electronics
- This course can also be taken for academic credit as ECEA 5700, part of CU Boulder’s Master of Science in Electrical Engineering degree. This course introduces the basic concepts of switched-mode converter circuits for controlling and converting electrical power with high efficiency. Principles of converter circuit analysis are introduced, and are developed for finding the steady state voltages, current, and efficiency of power converters. Assignments include simulation of a dc-dc converter, analysis of an inverting dc-dc converter, and modeling and efficiency analysis of an electric vehicle system and of a USB power regulator. After completing this course, you will: ● Understand what a switched-mode converter is and its basic operating principles ● Be able to solve for the steady-state voltages and currents of step-down, step-up, inverting, and other power converters ● Know how to derive an averaged equivalent circuit model and solve for the converter efficiency A basic understanding of electrical circuit analysis is an assumed prerequisite for this course.

Course 2: Converter Circuits
- This course can also be taken for academic credit as ECEA 5701, part of CU Boulder’s Master of Science in Electrical Engineering degree. This course introduces more advanced concepts of switched-mode converter circuits. Realization of the power semiconductors in inverters or in converters having bidirectional power flow is explained. Power diodes, power MOSFETs, and IGBTs are explained, along with the origins of their switching times. Equivalent circuit models are refined to include the effects of switching loss. The discontinuous conduction mode is described and analyzed. A number of well-known converter circuit topologies are explored, including those with transformer isolation. The homework assignments include a boost converter and an H-bridge inverter used in a grid-interfaced solar inverter system, as well as transformer-isolated forward and flyback converters. After completing this course, you will: ● Understand how to implement the power semiconductor devices in a switching converter ● Understand the origins of the discontinuous conduction mode and be able to solve converters operating in DCM ● Understand the basic dc-dc converter and dc-ac inverter circuits ● Understand how to implement transformer isolation in a dc-dc converter, including the popular forward and flyback converter topologies Completion of the first course Introduction to Power Electronics is the assumed prerequisite for this course.

Course 3: Converter Control
- This course can also be taken for academic credit as ECEA 5702, part of CU Boulder’s Master of Science in Electrical Engineering degree. This course teaches how to design a feedback system to control a switching converter. The equivalent circuit models derived in the previous courses are extended to model small-signal ac variations. These models are then solved, to find the important transfer functions of the converter and its regulator system. Finally, the feedback loop is modeled, analyzed, and designed to meet requirements such as output regulation, bandwidth and transient response, and rejection of disturbances. Upon completion of this course, you will be able to design and analyze the feedback systems of switching regulators. This course assumes prior completion of courses Introduction to Power Electronics and Converter Circuits.

Start your review of Power Electronics