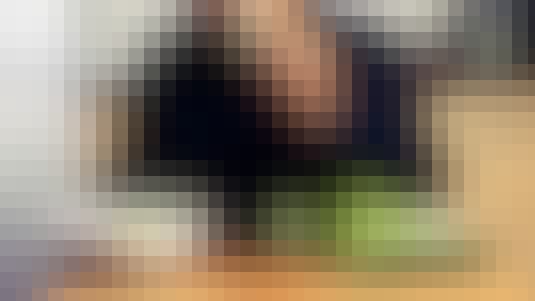 The 13x4 applied to master the business of Eating - change your health, your energy and your life, one step at a time...

There has to be a better way.

We must be doing something wrong in the developed world.

Cast your mind back to the last time you were out on the streets, or anywhere in and around people. Remember the people you saw walking around.

How was their energy, their posture, their movement, their shape?

Did you see the pinnacle of evolution in front of you? The most advanced species on the planet? Did you see boundless energy, sprightliness, bio-mechanical works of art?

Were most people just like a gazelle roaming free in the savannah, brimming with life-force, lean, powerful, alert, poised, balanced?

If you're in the UK, Europe, The United States and most countries in the developed world, you're more likely to have seen people with low energy, poor posture, a 'non-athletic' shape and who quite frankly don't look anything like a finely-honed wild animal.

They wouldn't pass the gazelle test.

How is it possible that the most advanced species on the planet has somehow allowed itself to end up like this?

What did we miss?

Where have we gone wrong?

It can't be proven (because technically nothing can be proven true) but I aim to present a compelling hypothesis that the single biggest contributor to this difference between humans and animals is the relationship with food.

Animals adapt to their environment. Humans adapt the environment to themselves.

That's not a problem in itself, but it has led to a huge issue with how we do food.

Unlike most animals, we have adapted our environment so well that we don't have to spend most of our time preoccupied with eating.

The human race as a whole is blessed with abundant food, and although there are many humans in the world who don't have enough to eat, overall, we have conquered the problem with food supply. (The challenges with the global distribution of food are outside the scope of this programme.)

However, this has only come about relatively recently in evolutionary terms, and it is the root cause of many predominantly human health-related problems such as diabetes, high blood-pressure, heart conditions and even cancer.

Most of the current causes of premature death in the developed world are as a direct result of how we've been eating.

Ideally, we'd like to live like animals in the wild. Chasing prey one day, dead the next, because all the organs and body's systems have failed at about the same time.

Humans often die despite having most of their systems in good shape. Death occurs because one system has had a complete failure and brought about the early demise.

In this programme I'm going to be discussing why in fact we are, as a race, mostly eating poorly, and what we can all do about it.

I'll be combining the wisdom of some of the greatest thinkers who have ever lived with recent findings from research studies and applying it to the business of eating.

But most relevantly, I'll be giving you some specific things that you can do on a daily basis to solve the problem. If you want to.

I'll be giving you some reasonably easy processes to follow, some 'algorithms' that almost anyone can do, irrespective of starting position.

I'll be using an approach that has been used by thousands of people over the last 200 years, and which I've personally introduced to over 50,000 people, to bring about change in any aspect of their lives.

I've worked hard on this programme and I'm very pleased with it. So I do hope you enjoy it, find it helpful and above all, take action as a result.

Start your review of The Best Diet In The World: Reasonable Eating